A Jewish center on Staten Island was evacuated Monday morning after it received a bomb threat – one of several JCCs targeted in the New York City area and around the country, according to reports.The call to the JCC on Manor Road in Sea View was made about... 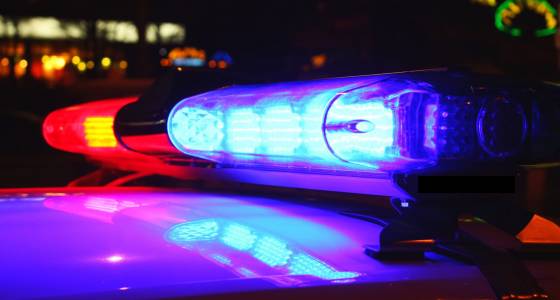 A Jewish center on Staten Island was evacuated Monday morning after it received a bomb threat – one of several JCCs targeted in the New York City area and around the country, according to reports.

The call to the JCC on Manor Road in Sea View was made about 9:30 a.m., prompting other centers in Arden Heights and Tompkinsville to shelter as police investigated, spokeswoman Ruth Lasser told the Staten Island Advance.

Bomb threats also forced the evacuations of Jewish centers in Plainview on Long Island, as well as in New Rochelle and Tarrytown in Westchester County, according to reports.

A worker at the Joan and Alan Bernikow JCC at 1466 Manor Road on Staten Island received a short call from a person who said a bomb would go off in two hours, Lasser told the paper.

The staffer reported the call to her supervisor, who then alerted David Sorkin, head of the Bernikow Center. He then called the NYPD.

“This seems to be what’s going on across the country,” Lasser told the paper. “It’s very disturbing. It seems that this is part of the pattern and this time we are included.”

The Mid-Island Y JCC on Manetto Hill Road in Nassau County received the phoned threat at 9:24 a.m., Newsday reported. The building was evacuated as cops searched inside, police said.

In Westchester, New Rochelle police said they responded about 11 a.m. to a bomb threat called in to the Jewish Community Center of Mid-Westchester at 999 Wilmot Road, which also was evacuated, The Journal News reported.

Tarrytown police were called to the JCC on the Hudson at 371 S. Broadway at 9:13 a.m., Sgt. James Kovacs told the paper. Westchester County police said its bomb squad cleared the scene at 10:55 a.m.

The latest incidents come in the wake of a spate of threats that forced the evacuations of JCCs on Jan. 31, including in Albany, Boulder, Colo., White Fish Bay, Wis., and La Jolla, Calif., USA Today reported.

Fourteen centers in 10 states plus a Canadian province received threats last month, according to the JCC Association of North America.

Threats also had been made against 27 centers in 17 states on Jan. 18 and against 16 centers in nine states on Jan. 9, said David Posner of the New York-based JCC Association of North America, The Journal News reported.