The visionBoeing has submitted a patent for a projection system — not yet approved by the U.S. patent office — as part of its efforts to improve the flying experience for customers. The system would be attached to a bulkhead, adjacent to the... 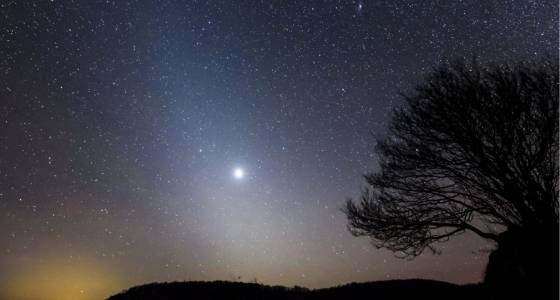 Boeing has submitted a patent for a projection system — not yet approved by the U.S. patent office — as part of its efforts to improve the flying experience for customers. The system would be attached to a bulkhead, adjacent to the ceiling of the cabin. The projected image could move, such as a depiction of clouds in the sky or a shooting star, or the image could be static, such as a scene from the plane’s destination. The device could also include a sound system.

The system was invented by Jagdish T. Madhav, 70, of Washington state, who works as a mechanical and optical engineer for Boeing. Madhav said his technology would rely heavily on LED lights, which last significantly longer than, for example, tungsten halogen lights, and provide the colours required to create the system’s themes, moods and effects.

Boeing is “exploring” the technology as part of a bid to improve the “sense of physical space” passengers feel, said Kent Craver, regional director, cabin experience and revenue analysis for Chicago-based Boeing. “We want to provide as much physical space as we can within the limitations of the aircraft … (and) lighting plays a key role in the architectural expression of physical and psychological space in an airplane.”

Would this improve an airline’s competitive reputation? Mara Lederman, a director at U of T’s Rotman School of Management, said not necessarily: “Anything Boeing introduces into the planes it sells to one airline, it will likely offer other airlines, so it’s hard to see how this becomes a source of competitive advantage … it’s not obvious to me whether passengers will care enough about it to pay more.”

The proposal is part of a trend in the airline industry that many experts refer to as “mood lighting.” Broadly speaking this can include functional lighting such as that found on seats, overhead lights, and bathroom doors and exits; and dynamic lighting, which is the utilization of colour without saturating the entire cabin of a plane with that colour. All of Boeing’s latest generation of aircraft currently have or will have dynamic lighting, including the new 737 MAX and the 787 series, Craver noted.