Bill to bring back old STAR payment system is on deck

CaptionCloseAlbanyMembers of the state Assembly could as early as this week vote on a bill that would undo the changes to the STAR School Tax Relief program that were included in last year's budget negotiations but which have sparked statewide complaints."Many... 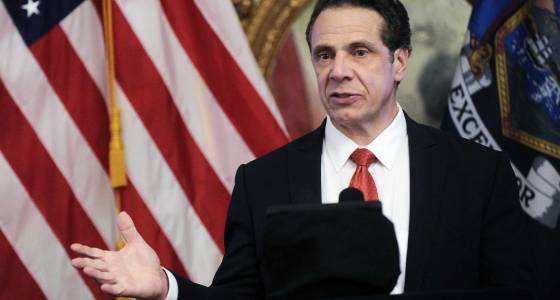 Members of the state Assembly could as early as this week vote on a bill that would undo the changes to the STAR School Tax Relief program that were included in last year's budget negotiations but which have sparked statewide complaints.

"Many of us never wanted this to go into effect but it did,'' said Hudson Valley Democratic Assemblywoman Sandra Galef whose measure would repeal the change that was inserted in the 2016-17 budget language.

The push to repeal the changes — which provide new homeowners with a STAR rebate check rather than direct discount on their bill — comes as lawmakers and assessors are also complaining about another change proposed in Gov. Andrew Cuomo's 2017-18 budget plan.

This most recent proposal would require those seeking the larger "enhanced" or senior STAR exemption file with the state rather than their local tax assessors.

Many already do that voluntarily under a program known as Income Verification.

But the change would force all seniors to do so, including many who don't file income tax returns.

State officials say the mandatory enrollment should simplify the process.

"Enrolling all Enhanced STAR recipients in the Income Verification Program will save them time, and maximize the benefit while minimizing waste,'' Budget Division spokesman Freeman Klopott said in a prepared statement.

"Since the verification program became an option in 2003, approximately half of all Enhanced STAR recipients have enrolled, a testament to the program's simplicity and overall benefit."

Verification ensures that seniors with incomes above the cutoff level of $86,000 don't wrongly get the larger tax break. It can also guard against people getting a STAR break on multiple homes, since it is supposed to be used only for one's primary residence.

But local officials worry that many seniors may be missed as the state moves to the mandatory Income Verification program.

For one thing, substantial numbers of senior homeowners don't file income tax returns because of their low incomes.

Making sure they are aware of the change will be difficult, said Teri Ross, the Queensbury, Warren County, assessor who serves as president of the state Assessors' Association.

"That's like making them file an income tax form," said Ross. In many municipalities such as Queensbury, senior homeowners typically go to their local assessor's office with Social Security or pension check stubs to make sure they qualify for the senior exemption.

"They bring that in a bag to us," Ross said.

Many seniors are not proficient in online applications. That issue, combined with lengthy waits on the state's tax telephone hotline, may contribute to seniors being discouraged from applying for what is a substantial benefit, she fears.

Assessors in localities, on the other hand, can visit homebound seniors and sit down with them to ensure they qualify for the tax break.

Galef's measure doesn't address the Income Verification but it speaks to a change in the budget approved last April.

Under that change, anyone who purchased a home after March 2015 needs to apply to the state Department of Taxation and Finance for the STAR rebate.

Those who bought their homes before that date continue to get their basic STAR reductions in the form of a lower school tax bill, which is how the program has worked since its inception in the late 1990s.

The Cuomo administration has said that the change brings STAR into the income tax arena since it has an income component.

Families with incomes above $500,000 are disqualified from the basic STAR exemption.

The STAR application deadline is March 1.

Controversy about the new sign-up plan was first reported by Gannett.

Homeowners can save hundreds or even thousands of dollars under STAR which has helped many seniors remain in their homes despite New York's highest-in-the-nation school taxes.

Another proposed change would freeze the STAR savings at current levels.

That would save the state $50 million in the 2017-18 budget and $98 million the next year, according to Division of Budget projections.

Budget officials also note that they have instituted additional property tax measures, including a "freeze" that for the past few years had the state make up property tax increases, as long as they were within the state cap of 2 percent or the inflation rate, whichever is less.

Galef said the proposal to freeze STAR savings has come up in previous budget plans but hasn't made into the final spending plans.