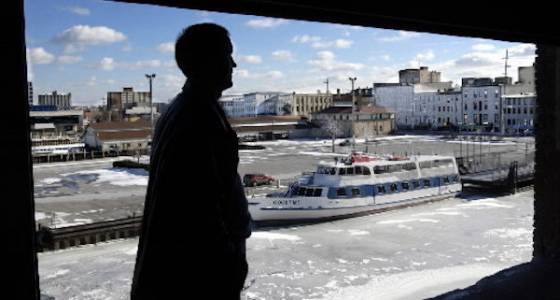 That's how the Lazy Susan turns in what passes for politicking in the years between state legislative elections. Point, counter-point. Politician X "mentioned for" governor, Politician Y "mentioned for" the Senate. The daily volleys can remind bystanders of what someone said of Jerry Seinfeld's sitcom - "a show about nothing."

Good example of minor-league bickering: the opposition to Kasich's plan to deliver this year's State of the State speech in Sandusky April 4.

Earlier this week, two Senate Democrats, 26 House Democrats and 12 (some of the usual suspects) House Republicans opposed the resolution authorizing the joint session in Sandusky. (It passed the Senate 31-2, the House, 59-38.) If a Democrat were governor, House Democrats would ooh and ah over a Sandusky session. Maybe voting "no" helped some of them forget that their caucus's membership is at a 50-year low.

Symbolic politics don't put food on anyone's table, except maybe on the TV trays of political consultants. Whether the legislature meets in Columbus or Sandusky - that's a sideshow. It's what the legislature does or doesn't do when it does meet - that's the main event.

The David facing Goliath is the Office of the Consumers' Counsel, which speaks for residential ratepayers in Ohio. Counsel Bruce Weston said in testimony prepared for an Ohio House Finance subcommittee that his agency "provides [Ohio's] residential utility consumers with a voice in cases where they otherwise would have little or none." The office isn't funded by taxes but by a fee utilities pay "equivalent to less than a dollar a year for a typical residential customer."

Ohioans need all the help they can get. Ohio "regulators" are utility-friendly.

Weston said in this testimony that "33 states are identified with lower average residential electric rates than Ohio" and that, "since 2008, Ohioans have experienced the second greatest increase in their electric rates compared to their counterparts in other ... (deregulated) states." He also noted that Ohio electric utilities "have been authorized to collect" $14.7 billion in subsidies from consumers since 2000.

A 2011 Republican budget rider forbids the Office of Consumers' Counsel from operating a call center to take consumer complaints, and requires the Counsel to forward any complaint calls it does get to a Public Utilities Commission of Ohio call center. (In case you've forgotten, the PUCO approves utility rates.)

That's ridiculous - unless you aim to frustrate time-squeezed Ohioans.

Weston wants legislators to let the Counsel's office assist consumers who call with complaints, or refer them to the PUCO. Especially in House districts with higher-than-statewide poverty rates -- such as Speaker Cliff Rosenberger's district in southwest Ohio and Finance Chair Ryan Smith's in southeast Ohio -- letting the Consumers' Counsel have a call center would help Ohioans protect their wallets, if home folks, not big utilities, are a legislative priority.

Thomas Suddes, a member of the editorial board, writes from Athens.