Famagusta 7°
clear sky
BUSINESS EDUCATION ENTERTAINMENT HEALTH POLITICS SCIENCE SPORTS TECHNOLOGY
10:22 Four Benefits of Hiring a Dedicated Development Team
04:48 Mark Kelly, President of Safety Marking Inc., Discusses Structuring Effective...
17:58 Trump wants to play golf at the Biden swearing-in in Scotland - but is...
17:54 First doubts Regarding tightened Steps: two National Countries Extract...
10:39 Covid-19 : in France, the end of containment and entry into force of the...
04:34 The schools of Rome will use the Internet with light bulbs: what it is...
10:58 Kratom Tea: How Is It?
11:46 Office Furniture Products for you!
12:17 Top Clubs, Their Value, Revenue And Current Standings
11:14 Reasons Why Rewarding Yourself is a Good Practice
BIST
1542
GOLD
442.583
USD
7.3985
GPB
10.1685
EUR
9.0105
Breaking News
Online Etiquette Rules for Managing a Virtual Business
Close

After a rough morning, Metra commuters using Union Station had a better ride home Friday.A computer meltdown at about 6:15 a.m. brought trains to a standstill entering and leaving the station, but some service was restored around 7 a.m., an Amtrak spokesman... 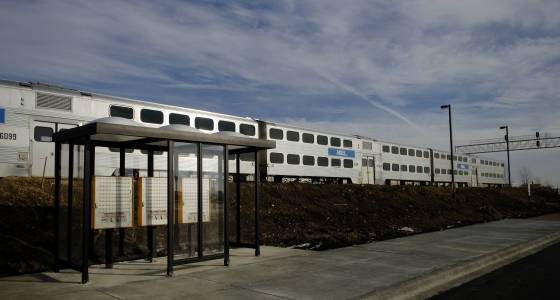 A computer meltdown at about 6:15 a.m. brought trains to a standstill entering and leaving the station, but some service was restored around 7 a.m., an Amtrak spokesman said. The technical issues affected signals and switches on both sides of the station and in New Orleans and Michigan.

Train traffic started moving about 8 a.m. after Amtrak workers manually moved tracks, but 42 trains were backed up at the station, leading to extensive delays.

The cause of the computer problems is under investigation, Amtrak spokesman Marc Magliari said.

Trains were back to normal mid-day, Magliari said.