Mayor Betsy Hodges sounded the alarm this week over the potential repeal the Affordable Care Act, arguing the demise of the health care law would be a disaster for Minneapolis.Speaking at Briva Health, a health care navigator for immigrants in the Elliot... 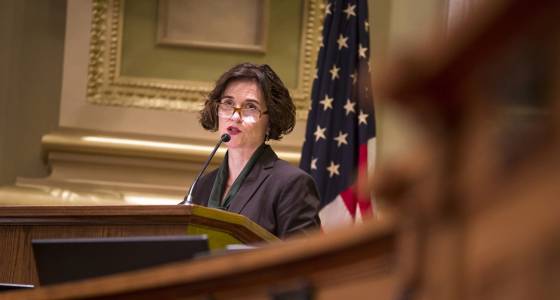 Mayor Betsy Hodges sounded the alarm this week over the potential repeal the Affordable Care Act, arguing the demise of the health care law would be a disaster for Minneapolis.

Speaking at Briva Health, a health care navigator for immigrants in the Elliot Park neighborhood of downtown Minneapolis, Hodges said 410,000 Minnesotans would lose health insurance coverage if the law were repealed, and 96,000 of them are in Hennepin County.

"For each one of those people, it's a human and personal disaster," she said.

Hodges joined 55 mayors from across the country calling on Congress not to repeal the law, including the mayors of New York, Chicago and Los Angeles. While there may be things worth fixing in the law, she said, "don't repeal it and certainly don't repeal it and replace it with nothing."

A draft version of a Republican bill that would replace Obamacare was released Friday, but the GOP has been deeply divided about what to do about the law. Republican lawmakers have heard from many people at recent town hall meetings who are afraid to lose their health insurance.

Still, a repeal of the law remains on the agenda, and Hodges, who is running for re-election, said this week it is an example of an assault on cities by President Trump.

The rise in the numbers of the uninsured would lead to higher personal debt, Hodges said, and the city would have to work on housing and with schools to cover for uninsured children. Police and fire would be busier too, she said.

"You've got a lot more people who are going to lose their mental health coverage, and a lot more people with acute crises, which is just a misery for humanity and human beings, but it also creates public safety issues," Hodges said.