CALGARY—The B.C. social worker who unsuccessfully tried to prevent Alexandru Radita from being returned to his parents’ home hopes his tragic and painful death nearly four years ago will lead to changes in the social safety net to protect future... 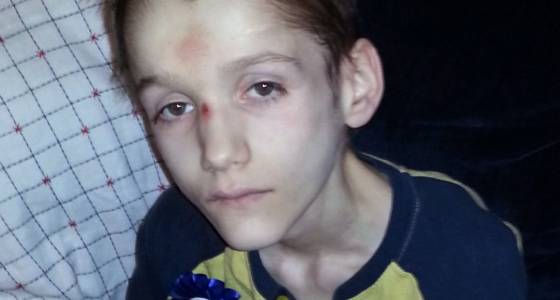 CALGARY—The B.C. social worker who unsuccessfully tried to prevent Alexandru Radita from being returned to his parents’ home hopes his tragic and painful death nearly four years ago will lead to changes in the social safety net to protect future children.

Emil and Rodica Radita were found guilty Friday of first-degree murder of the 15-year-old, who weighed just 37 pounds when he died.

The trial heard that the boy, who was covered with bedsores and riddled with infection, died of complications due to untreated diabetes and starvation.

B.C. social workers apprehended Alexandru after an October 2003 hospital admission where he was near death because his parents refused to treat his disease. He was placed in foster care — where he thrived — for nearly a year before he was returned to his family, which eventually moved to Alberta.

Patricia MacDonald, who was worked for B.C. Children’s Services for 23 years, had begged the judge not to return Alexandru to his family.

“We felt that Alex wouldn’t be safe in the family home with his parents and we were asking the court to make him a continuing custody ward, meaning he would stay in the care of the ministry until we found an appropriate adoption home,” said MacDonald.

She said the social safety net failed Alex and she’s hoping his death will lead to changes in the system.

“I’d be asking for an ‘Alex Alert.’ There’s an Amber Alert but we need an Alex Alert to honour him and for him to have a legacy,” she said.

Under her proposal, which she has taken to her local member of Parliament, the system would alert other provinces when at-risk children disappear.

“It would be some sort of way of messaging from Vancouver Island right to P.E.I. that we have families that have left and we have children at risk and that they need to be red flagged. They need to be picked up and they need to be checked on,” she said.

Crown prosecutor Susan Pepper said the system failed Alexandru and she fears there are likely other children who have been cut off from society as well.

“As good as our system is it should be better. That shouldn’t happen,” said Pepper.

“If this case could lead to anything it would be a meaningful discussion about how to fix things and how to really make change for other children who are living in conditions that might not end in a homicide but do end in suffering.

“I believe that could save a life someday and I think that if change could occur from this it would be a really fitting legacy for Alex.”