MADEIRA BEACH — In contrast to recent elections, the future character of the city may be at stake this year as voters decide whether to ratify the path chosen by the current commission.5 Months Ago3 Weeks Ago6 Months AgoSeven candidates on the March 14... 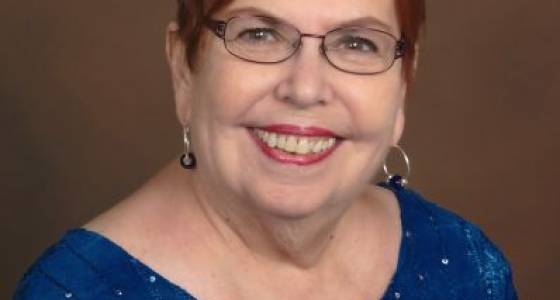 MADEIRA BEACH — In contrast to recent elections, the future character of the city may be at stake this year as voters decide whether to ratify the path chosen by the current commission.

Seven candidates on the March 14 ballot are vying to either change or retain balance of power.

Three candidates are publicly running as a ticket, seeking to reverse many actions taken in recent months and years: Margaret Black for mayor, Nancy Oakley for the District 3 commission seat, and John Douthirt for the District 4 seat.

Seeking to keep their seats and continue the commission's path to redevelop the city are Mayor Travis Palladeno and Commissioners Ingrid Ferro-Spilde (District 3) and Housh Ghovaee (District 4).

David Allen Hitterman is also running for the District 4 commission seat and says he supports the direction set by the current commission.

The two commission incumbents, who were recently appointed to fill seats vacated by resignations, will face voters for the first time.

Three of the candidates — Black, Ghovaee, and Hitterman — live in the same condominium, Snug Harbour.

At particular issue in this election is the fate of two controversial hotel projects downtown.

Supporters are eager for Madeira Beach to become a modern destination city with a robust tourist and commercial sector.

Opponents fear an increase in traffic congestion and the loss of their perceived identity as a small residential and fishing community. They also object to putting the city millions of dollars in debt, while supporters point with pride to the new city hall and recreation complex paid for with that borrowed money.

If voters opt for change, the result could reprise a government shakeup six years ago that resulted in the resignation or firing of nearly the entire administrative staff.

Residents opposed to the developments have also sued the city seeking to reverse project approvals and to allow voters to weigh in on such projects.

Here are the candidates:

Margaret Black, 73: Black has been a resident for five years and a property owner since the 1990s. She previously lived in Orlando and Baltimore. She is retired after working mostly in the travel industry, including at Walt Disney World. She previously worked in the banking sector and was a partner in a startup software company. Black attended Towson State College in Maryland and has completed numerous courses in accounting and banking. She is running for office for the first time and serves on the board of directors at Snug Harbour.

Travis Palladeno, 52: Palladeno has lived in Madeira Beach since 1998 and is a West Palm Beach native. He graduated from Hillsborough Community College. He holds a master captain's license and works at John's Pass Aquarium. Previously, he operated a charter boat service, Live Wire Fishing Charters, and worked for 15 years as a project manager for construction companies in Tampa and Orlando. Palladeno has served as mayor for six years and previously served for three on the Planning Board. Last year, he was voted president of the Pinellas County Mayor's Council. He is also vice president of the Barrier Islands Government Council, president of the county EMS Advisory Board, a member of the Pinellas County Tourist Development Council. Palladeno is a member and past master of the Gulf Beaches Masonic Lodge.

Ingrid Ferro-Spilde, 41: Ferro-Spilde became a resident in 2014, moving from Seminole. She attended Tampa College, received a nursing degree from the Pinellas Technical Education Center and earned certification from the Association of Clinical Research Professionals. Ferro-Spilde is president and director of Concept Clinical Research Corp., based in Largo, and a partner at Wallstreeters, LLC, a real estate investment company. She was recently appointed to the commission, replacing Elaine Poe, who resigned. Previously, she served on the city's Planning Board.

Nancy Oakley, 58: Oakley has lived in the city since 2000 and is a native of Oklahoma. She holds a Bachelor of Science degree in computer science with a minor in math and business administration from Northeastern State University. She is retired, formerly working for the city of Clearwater and Xerox. Oakley previously served six years as commissioner from 2007 through 2013, the city's Planning Board, and on the Library Board. She is a member of the Ladies Auxilliary of the Veterans of Foreign Wars, Post 4256.

John Douthirt, 67: Douthirt has lived in Madeira Beach since 2012, moving here from a retirement home in Ecuador. He previously retired from the U.S. Post Office in Ohio. He holds a Bachelor of Science degrees in business and accounting from Florida State University and the University of Cincinnati, respectively. Douthirt served in the U.S. Army in both Vietnam and Iraq, retiring as a command sergeant major. He is running for office for the first time. He is a board member and previous president of the Boca Vista Condominium Homeowners Association, served as the service officer for the local Disabled American Veterans, and is quartermaster for the local post of the Veterans of Foreign Wars.

Housh Ghovaee, 59: Ghovaee has lived in the city for about 14 years and in Florida for 43 years. He is a native of Iran. He holds a degrees in electrical and civil engineering from Norwich University and the University of South Florida, respectively and an associate's degree in business administration from St. Petersburg College. Ghovaee owns Northside Engineering in Clearwater. Ghovaee was appointed to the commission last year to replace the late Pat Shontz, who resigned. He has also served as a member and/or board member of many organizations in Pinellas County, including on the Tampa Bay Regional Planning Council, the Southwest Florida Water Management District, USF St. Petersburg College of Business, the Juvenile Welfare Board, the Holocaust Museum, and the Pinellas Park/Gateway Chamber of Commerce.

David Allen Hitterman, 56: Hitterman has lived in the city for over two years, previously living in Seminole and St. Petersburg. He moved to Pinellas County in 1979, and is a native of Indiana. He owns or is partner in Frog Pond restaurants in North Redington Beach, beginning in 1989, and in St. Pete Beach since 2006. He is a board member at the Snug Harbour condominiums and a member of the Tampa Bay Beaches Chamber of Commerce.