Batavia will spend nearly $400,000 to knock down buildings to make way for the One North Washington Place apartment-and-business development at Washington Avenue and Wilson Street.Aldermen Tuesday recommended accepting a bid from KLF Enterprises Inc. of Markham... 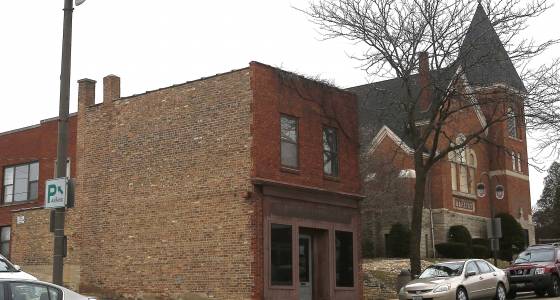 Batavia will spend nearly $400,000 to knock down buildings to make way for the One North Washington Place apartment-and-business development at Washington Avenue and Wilson Street.

Aldermen Tuesday recommended accepting a bid from KLF Enterprises Inc. of Markham for $395,141. They will take a binding vote at a city council meeting Monday.

It includes pre-demolition abatement of hazardous materials, demolition and site grading. The contractor will try to save brick and limestone from at least one of the buildings, the former First Baptist Church. The city would keep the brick and stone for possible re-use in the facade of the One North Washington building.

If they don't break.

It will also try to save interior bricks from the church's bell tower that have "historic writings" on them, and the tower's finial.

The historic writings, according to Mayor Jeff Schielke, are a Christmas message a father wrote in the 1920s to his son. Three generations of the family attended the church, he said.

The work should start in mid-March, according to Holm.

Demolition of the Larsen-Becker Co. buildings at 111 and 117 N. River St. is to be finished by April 7. Next up will be demolition of the church, two small office buildings, and a building at 15 N. River, by May 12.

Last will be demolition of the city's parking garage at 20 N. River. According to the contract, it has to be done by June 2.

The development will include a new garage. The Larson-Becker sites will be turned in to temporary parking.

The city owns all the buildings.

It plans to recover the cost from increased property taxes funneled in to a tax-increment district fund.

Separately. Holm told the city council to expect a bill for $80,000 from AT&T for the relocation of its utility equipment.

"I have a real problem with that," Alderman Alan Wolff said.

"It's not a simple relocation; it's a complete redesign" of their service to the block, Holm said, and AT&T isn't budging on the cost.

Also, city officials are going to meet with the owners and operators of businesses on North River at 11 a.m. March 7 to discuss construction-related issues.