After five hours of testimony from residents roughly split on the issue, the Baltimore City Council's labor committee voted to advance a bill to raise the city's minimum wage to $15 an hour by 2022 for many workers.The bill could go to the full council... 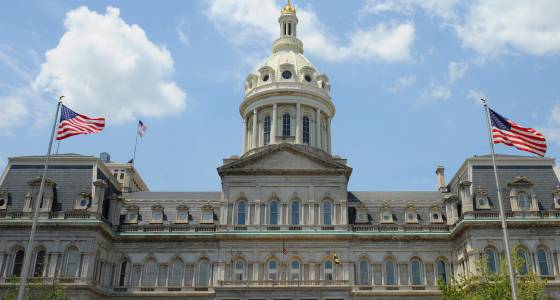 After five hours of testimony from residents roughly split on the issue, the Baltimore City Council's labor committee voted to advance a bill to raise the city's minimum wage to $15 an hour by 2022 for many workers.

The bill could go to the full council for a preliminary vote as early as Monday. Labor committee chair Shannon Sneed and councilmembers Robert Stokes, Bill Henry and lead sponsor Mary Pat Clarke were in favor, while Councilman Eric Costello was opposed.

Costello cited a host of worries about the bill's consequences, including a fear that the bill would exacerbate the city school system's budget woes. The schools are facing a $130 million structural deficit.

Many business owners and business advocates spoke out against the bill, saying it would cause them to move out of the city or lay off workers. Some said it would make Baltimore an island among counties with a lower minimum wage, and argued that such an increase should be done at the state level.

Phil Han, the owner of Dooby's Coffee in Mount Vernon, said the bill would reduce the restaurant's profits to a point where they would either have to raise the cost of each meal by a few dollars, or shut down entirely.

Baltimore finance officials warned City Council members Tuesday against raising the minimum wage to $15 an hour by 2022, saying the measure would cost taxpayers $115 million over four years due to higher wages for city workers.

Deputy budget director Bob Cenname noted that the minimum wage for the...

Baltimore finance officials warned City Council members Tuesday against raising the minimum wage to $15 an hour by 2022, saying the measure would cost taxpayers $115 million over four years due to higher wages for city workers.

Deputy budget director Bob Cenname noted that the minimum wage for the...

"We wouldn't be able to be that great community cafe with a sudden increase to a $15 minimum wage," Han said. "It's done over a time period but even so, we don't feel confident that consumers are willing to pay along that price increase as well."

One resident who had showed up to testify was Regina Banks, but she left after two hours of waiting.

If Banks made $15 an hour, she said earlier Wednesday, she could finally open a savings account. She could move out of her East Baltimore neighborhood, where she often hears gunfire. Her three children, ages 18 to 21, could also support themselves instead of living with her.

Advocates urge that a bail reform bill backed by the Coalition for a Safe and Just Maryland be passed. (Michael Dresser, Baltimore Sun video)

Advocates urge that a bail reform bill backed by the Coalition for a Safe and Just Maryland be passed. (Michael Dresser, Baltimore Sun video)

"It's very stressful," Banks, 45, said. "You're trying to do things in a positive way, but sometimes it gets hard to stay on track. You've got to get up every day to make sure you go to work so your amount will be right for budgeting."

A majority of the City Council members, including Council President Bernard C. "Jack" Young, have said they back the bill. The minimum wage in Maryland is $8.75 per hour, set to rise to $10.10 an hour by 2018.

The bill would exempt workers under 21 from the wage hike and give businesses with fewer than 50 employees until 2026 to comply with the $15-an-hour wage.

At a City Council hearing Tuesday, Baltimore finance officials warned that the proposal would cost taxpayers $115 million over four years because of higher wages for city workers. They also warned it could cost the city hundreds of jobs.

Mayor Catherine Pugh said Wednesday she wants to evaluate the council's proposal in the context of the city's outstanding financial obligations. She urged the council to consider constraints on Baltimore's budget, the cost of paying all city workers $15 an hour as well as the potentially negative effect on the economy.

She pointed to the city school system's $130 million budget shortfall and the U.S. Department of Justice consent decree with the Police Department as an example of new city expenses.

"I would hope the council would take into consideration all of the constraints that the city is currently under," she said. "I tell people that running the city gives new meaning to what my mother used to say to me when we were growing up: 'You can't get blood out of a turnip.' … [What] I do have is fiscal responsibility, fiduciary responsibility for the city."

Councilwoman Mary Pat Clarke, the bill's lead sponsor, said the fiscal impact would not be immediate. The city's minimum wage would track with the already planned state minimum wage increase for the next two years.

"That gives us a chance to get through our education crisis," Clarke said.

A recent poll of 400 registered city voters by the The Mellman Group found widespread support for the bill, with only 6 percent opposed.

Banks said her $10-an-hour wage makes it impossible to buy anything beyond the basic necessities. She said she's had her lights and water turned off and has used food stamps. The stress from not knowing whether she can pay all her bills every month exacerbates her diabetes, she said, and she has lost vision in her left eye because of the disease.

"That would be the most important to me, to save for the first time and possibly own my own home, because I've never been able to do that on the wages I make," Banks said.