WILLOUGHBY, Ohio -- The man accused of kidnapping family members, assaulting them and holding them in his father's basement is schizophrenic and might have been suicidal at the time, his aunt told a 911 dispatcher. The 34-year-old man has not been formally... 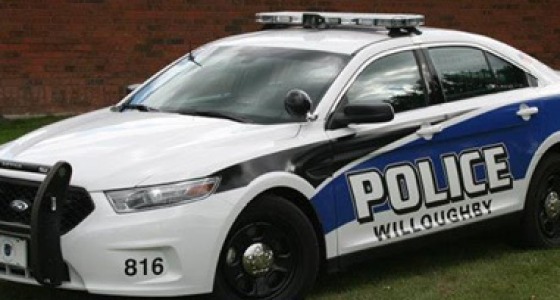 WILLOUGHBY, Ohio -- The man accused of kidnapping family members, assaulting them and holding them in his father's basement is schizophrenic and might have been suicidal at the time, his aunt told a 911 dispatcher.

The 34-year-old man has not been formally charged in the Friday incident at a house on Green Circle. But he will be arraigned on a kidnapping charge Monday or Tuesday in Willoughby Municipal Court, police said.

The man kidnapped three people -- who police identified as his mother, father and aunt -- and bound them in his father's basement, the aunt told a 911 dispatcher. The Willoughby Police Department released a recording of the 911 call on Monday morning.

An edited portion of the 911 recording has been included in the post. The uncharged suspect's name and the address have been removed.

The aunt called 911 just after 11:20 p.m. Friday and told a police dispatcher that the man just left the house.

"He tied us all up with handcuffs. He's schizophrenic," the aunt says in the recording.

The aunt could not say whether the man was taking medication for his schizophrenia, but she suggested he might be suicidal.

The aunt said the man left in a Chevrolet HHR, and that he lives in downtown Cleveland. The Cleveland FBI and police searched his East 12th Street apartment Saturday, and the Cleveland Bomb Squad evacuated neighboring apartments as a precaution, police said in a news release.

The aunt kept the dispatcher on the line while she unbound the mother and father. She confirmed several details about the man's SUV and home address before ending the call.

The man, who has an education and background in biology, planned to dine at his father's house that evening. He lured the 72-year-old father into the basement, assaulted him with chloroform and bound him, police said Saturday in a news release.

The man then went to his 65-year-old mother's house in Willoughby and convinced her to come to the father's house. He attacked her when she arrived and handcuffed her to a post in the basement, police said.

The man went to his 59-year-old aunt's house in Willowick and took her to his father's home. The man attacked the aunt and handcuffed her to the same basement post, police said.

The aunt managed to escape, and she called 911 after the man left the house, police said. Paramedics treated the victims for injuries to their arms and legs.

Police found the man sleeping in his 2007 Chevrolet HHR about 4 a.m. in an Eastlake parking lot. He was arrested and taken to the Willoughby Police Department for questioning.

Investigators believe the man was also involved in a Feb. 20 incident at Regal Cinemas in Willoughby. A suspicious man asked employees for the busiest time and the theater and the most popular movie, police said. The Willoughby Police Department reported the incident to the Painesville Division of the FBI.