KUALA LUMPUR, Malaysia – For years, North Korea has rattled the world with its nuclear tests and its threats to visit a nuclear holocaust upon the U.S. Now, the finding by Malaysian police that Kim Jong Nam was assassinated with VX nerve agent is a... 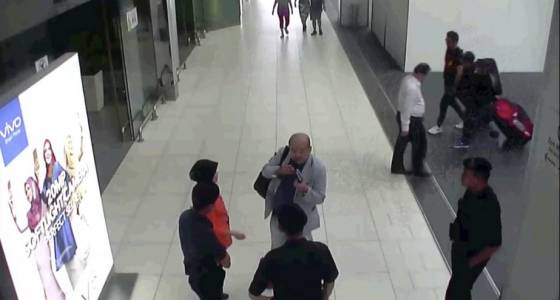 KUALA LUMPUR, Malaysia – For years, North Korea has rattled the world with its nuclear tests and its threats to visit a nuclear holocaust upon the U.S. Now, the finding by Malaysian police that Kim Jong Nam was assassinated with VX nerve agent is a stark reminder of the North’s lesser-known weapons of mass destruction: a stockpile of chemical and biological weapons.

If North Korean nationals were indeed behind the killing, as Malaysian officials suggest, the use of VX raises several questions: Was the North Korean government using the attack to signal to the world its fearsome arsenal of such dangerous weapons? Or was the toxin simply an attempt to avoid detection in carrying out a brazen killing?

“By using VX in an international airport in the heart of Asia, North Korea has sent a very clear message to the world that it will strike its enemies anywhere in the world,” said Rohan Gunaratna, an expert on terrorism at the S. Rajaratnam School of International Studies in Singapore. “It also demonstrates the North Korean response in the event of an attack.”

North Korea’s nuclear program has long been the most urgent concern of the United States and its allies, and the now-dormant six-party talks to curb the program did not address chemical and biological weapons.

“The reported use of VX reminds us that not only is the North’s nuclear-missile threat serious but so are its asymmetric threats, including biochemical weapons and cyber that are all part of the regime’s WMD tool kit,” said Duyeon Kim, a Seoul-based fellow at Georgetown University’s Institute for the Study of Diplomacy.

South Korea’s Foreign Ministry expressed “shock” Friday at the use of a chemical weapon and vowed to deal “strongly” with the violation of the Chemical Weapons Convention.

The deadly use of a chemical weapon banned by international conventions in a such a public manner could strengthen calls for the U.S. to put North Korea back on a list of terrorism-sponsoring countries, analysts said.

The North was first put on the terrorist list after its bombing of a South Korean airliner near Myanmar in 1987, killing all 115 people onboard. But the U.S. delisted the country in 2008 as part of a deal aimed at ending North Korea’s nuclear programs — a deal that has since disintegrated.

After his announcement that Kim had been killed by VX nerve agent, Khalid Abu Bakar, the inspector general of the Malaysian police, said Friday that small amounts of the poison could have been brought into the country without being discovered.

The airport terminal, which handles more than 2 million passengers a month, will be decontaminated despite the passage of time since the killing, he said.

Two women have been arrested in the killing, one from Indonesia and the other from Vietnam. Their defenders say they were duped into carrying out the attack and thought it was a prank, but Khalid said they had trained for the attack and practiced it at two shopping malls. The women used their bare hands to apply the poison on Kim’s face and washed them immediately afterward, he said.

One drop of VX, or about 10 milligrams, can be fatal. But the attackers could have used a safety-enhancing battlefield form of the agent. Known as VX2, it is divided into two compounds that are harmless individually but lethal when mixed together.

Each component also could have been made in slow-release form.

If Kim’s assassins had each applied one component of VX, this would explain why two were needed, how they survived the attack, and perhaps why it took 15 minutes or more for Kim to die.

“Use of a binary nerve agent lends itself to this method and allows for a potentially highly targeted hit,” said Vipin Narang, an associate professor of political science at the Massachusetts Institute of Technology who has two degrees in chemical engineering.

This scenario raises the possibility that Kim could have saved his own life by immediately washing his face rather than going to airport staff members, as he did, to report the attack.

Narang said it was clear that North Korea wanted the West to know what it is capable of — but without causing mass casualties.

“Doing it publicly but not killing anyone else is a pretty good way to reveal that capability and deterrent,” he said.