Ask yourself, are you ‘the matter out of place?’: Mallick | Toronto Star

Health Canada is considering banning smoking in apartments and condos. I’m surprised it took this long. Ending smoking has been a hard road for decades.Smoking was banned in workplaces in 1985 and on all Canadian flights in 1994. I don’t know... 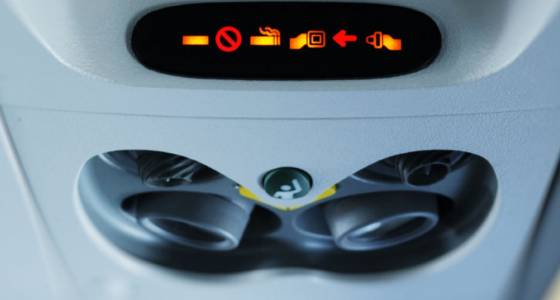 Health Canada is considering banning smoking in apartments and condos. I’m surprised it took this long. Ending smoking has been a hard road for decades.

Smoking was banned in workplaces in 1985 and on all Canadian flights in 1994.

I don’t know when lighters disappeared from car dashboards or parents took those heavy ashtrays the size of UFOs off their mid-century coffee tables.

Did I dream these things?

Can you imagine if someone lit up on a plane now?

The outrage, the flight attendants hustling over, zip ties securing the wrists of the outrageous — and shamefully dated — scofflaw who’ll be hustled away when the plane lands. A dim view is taken. It just isn’t done.

If smoking isn’t allowed in public buildings, why shouldn’t it be banned in buildings where people live?

Secondhand smoke seeps into hallways, elevators and condo units. It sneaks into ventilation systems. Smoking on the balcony means smoke on every other balcony, (although how often do you see people in Toronto use their balconies?) Those little café tables and chairs next to the Gardiner are a dream deferred.

The inevitable quarrel will be about what is public and what is private. That TTC rider who put his boots on the seat and was upbraided by another passenger? There was an exchange of insults, a scuffle and both left the train.

This year, I bought a white winter coat after the police suggested pedestrians should make themselves more visible to drivers. But I took it back because the cleaning costs from riding the TTC would have been prohibitive. You’d look like smokers’ yellowed teeth.

There’s a reason Torontonians wear black coats in the winter; it’s protection from people such as that male passenger. They need to hide the dirt. As for whoever it was at Metrolinx who referred to the TTC on an office whiteboard with the words “cesspool” and “the great unwashed,” they may have been describing buses and subway cars, themselves.

They’re unwashed by the TTC and made filthy by riders such as the man in the video.

The TTC passenger was mixing up public and private, dirty and clean. He crossed the boundaries and took “matter out of place,” which is the anthropologist Mary Douglas’s definition of dirt . . . or maybe Trump in the White House.

Filth should be on floors, not chairs.

As for the woman who complained, she didn’t sit on the man’s boots. She rightly sat on a seat she was entitled to, and, if his boots were there, they should not have been.

Matter out of place.

As for smoking, the great Jenny Diski, who died last year of inoperable lung cancer, wrote a book called Stranger on a Train about travelling on the smoking cars on Amtrak in the U.S.

These cars are the equivalent of a smoker’s condo in a smoke-free building. They were grey, the air was grey, the ashtrays overflowing, “the floor scarred and scratched.” They were basically Diski’s lung writ large.

David Sedaris, a lifelong smoker who finally quit by going to Japan where they take cleanliness seriously, wrote that airport smoking “lounges” were always peopled by a man with a hole in his throat and a wife hauling an oxygen tank, “the servicemen from Abu Ghraib, two prisoners handcuffed to federal agents and the Joad family.”

Do airports still have these places?

Smoking is out of place now. Soon smokers in condos will be, too, because the line between public and private is more defined. The fact that no man is an island also means that no man can watch child pornography at home, because his use of it creates the very industry that sexually tortures small children. He is the engine.

Equally, trolls who send violent threats to women online are learning that they weren’t as anonymous as they thought. What’s private could easily be public. It’s almost all retrievable. We’re all walking blackmail targets.

The world changes. Things that women used to have to tolerate at work are considered criminal offences now. Your female body, once public, is private.

On the TTC, you’re told to think less about your private comfort and more about the collective good. No manspreading. No spitting. Don’t block the door!

Yes, Line 2 is growing mould, little flakes of rust are floating and the doors don’t close so much as slam shut. All the more reason to gather up junk, juice boxes and discarded banana skins, to hunt down frail people and guilt them into taking your seat.

Ask yourself: Am I the one exhaling the smoke? Is that my footprint on the seat? Am I the matter out of place?