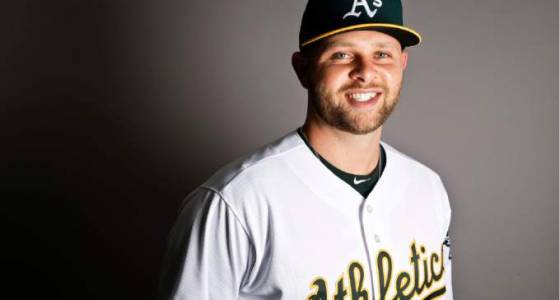 Burks also had a diving catch in left field with two on and one out in the eighth inning.

Matt Joyce hit a solo home run in his first game with Oakland and Matt Chapman tied it 3-all with a two-run drive in the fourth.

Rajai Davis, who hit a tying home run off Aroldis Chapman in the eighth inning of last year’s World Series Game 7, opened the game for the Athletics with a walk, then stole second and third but was stranded when Stephen Vogt flied out.

A’s starter Jesse Hahn allowed three runs, all in the second, including a two-run single by Szczur that deflected off the pitcher’s glove.