As Lent begins, a Catholic priest shares what it's like to have heard confessions for 30 years

VALRICO — The Rev. Robert Schneider spends his Saturday afternoons in a darkened room behind the louvers of a wooden divider at St. Stephen Catholic Church. The 61-year-old priest sits in a chair, hands folded, as parishioners kneel to confess their sins.... 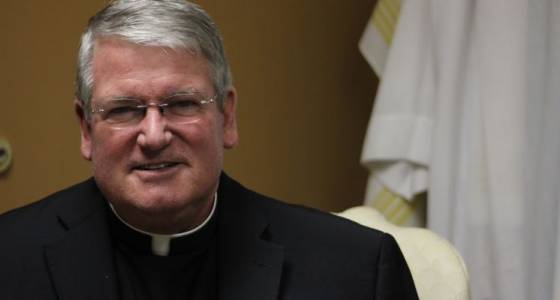 VALRICO — The Rev. Robert Schneider spends his Saturday afternoons in a darkened room behind the louvers of a wooden divider at St. Stephen Catholic Church. The 61-year-old priest sits in a chair, hands folded, as parishioners kneel to confess their sins.

He holds what he hears in confidence so strict, the law can't penetrate it, no matter how dark the sin. But as Catholics begin the season of Lent, in which they atone to prepare for Easter, the priest agreed to give the Tampa Bay Times insight into what he has learned in three decades listening to people spill the secrets of their consciences.

The things they say still surprise him.

First, a primer: The Roman Catholic Church teaches that when people sin, they're committing an offense not only against God, but against the community. So in order to reconcile, they need to ask forgiveness from the community — represented by a priest. Catholics believe God forgives sins through priests in the sacrament of "reconciliation," also called confession.

He has yet to come across a mobster confessing to years of crime like in The Godfather. He hasn't encountered a steady stream of adulterers, either. In fact, many of the sins may seem mundane: gossip, using the Lord's name in vain, yelling at someone in traffic.

Sometimes, parishioners use him as a litmus test: "Father, I knowingly walked away from the cashier with extra change. That's not really a sin, is it?"

The priest doesn't berate. He talks it out with the confessor. He gives a penance he feels suitable, often a prayer for someone the person has offended or an act of kindness.

Schneider notices topics discussed in Mass are echoed in his confessional. If the church's stance against abortion comes up, he knows he'll hear from those who have had one.

He sees teens admit to posting nasty comments on Facebook and hears salespeople voice guilt about their tactics. If their boss at a dealership tells them they need to move a car off the lot and not to mention its flaws, is that a sin?

People bring questions. Gluttony is one of the seven deadly sins, but at what point does eating become gluttony? What about drinking?

They feel guilty about temptations, though thinking about doing something bad, the priest assures them, is not a sin if you refrain from actually doing it.

Half the time, he estimates, people speak to him from behind those slats. But Catholics can also choose to have their confessions heard face to face. It can feel like therapy, he said.

Kids, required to confess before they make their first communion, are usually comfortable talking to him and not the divider: I hit my little brother. I talked back to my mom. I said a bad word. At the end, just to be safe, they're sure to rattle off "and anything else I may have forgotten!"

The diocese doesn't keep statistics on confession. Pew Research reported that as many as 43 percent of Catholics go at least once a year. Only 2 percent go regularly, according to a study by a non-profit organization affiliated with Georgetown University.

And yes, Schneider said, priests go to confession, too.

It doesn't matter how long it's been or what guilt you carry, he says.