Famagusta 29°
clear sky
BUSINESS EDUCATION ENTERTAINMENT HEALTH POLITICS SCIENCE SPORTS TECHNOLOGY
17:09 German election tight; Merkel's bloc eyes worst result yet
06:28 Israel claims the US booster plan supports Israel's aggressive push
06:03 CDC endorses COVID boosters for millions of older Americans
16:21 We have a framework in place to pay $3.5T bill
12:51 Biden doubles US donation of COVID-19 vaccine shot shots
17:00 Biden places his bet on COVID tests that are quick, but they can be difficult...
17:05 US closes part Texas border and begins flying Haitians home
17:31 US intensifies plan to expel Haitian migrants who have gathered in Texas
06:02 California GOP takes a beating after yet another loss
05:59 The friction between Taliban pragmatists and hard-liners increases
BIST
GOLD
498.12
USD
8.8544
GPB
12.1421
EUR
10.4041
Breaking News
What Should You Consider When Hiring A Family Lawyer? (5 Questions To Ask)
Close

ASHINGTON — The White House will propose boosting defense spending and slashing funding for longtime Republican targets like the Environmental Protection Agency in a set of marching orders to agencies as it prepares its budget for the upcoming fiscal year.... 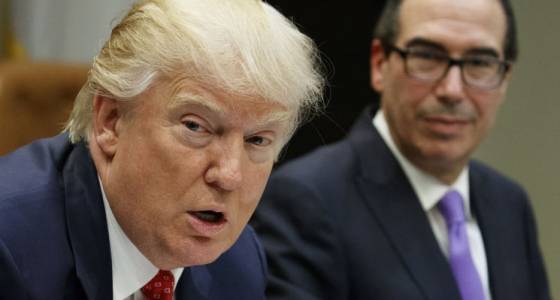 ASHINGTON — The White House will propose boosting defense spending and slashing funding for longtime Republican targets like the Environmental Protection Agency in a set of marching orders to agencies as it prepares its budget for the upcoming fiscal year.

President Donald Trump's proposal for the 2018 budget year, which will be sent to agencies Monday, won't make significant changes to Social Security or Medicare, according to an administration official.

The official, as well as Capitol Hill aides, confirmed details of the upcoming blueprint on the condition of anonymity to discuss nonpublic information and a sensitive process.

Trump's first major fiscal marker will land in the agencies one day before his first address to a joint session of Congress. For Trump, the primetime speech is an opportunity to refocus his young presidency on the core economic issues that were a centerpiece of his White House run.

The Pentagon is due for a huge boost, as Trump promised during the campaign. But many nondefense agencies and foreign aid programs are facing cuts, including at the State Department. The specific numbers aren't final and agencies will have a chance to argue against the cuts as part of a longstanding tradition at the budget office.

Trump is expected to release his final budget proposal in mid-March.

The president previewed a boost in military spending during a speech Friday to conservative activists, pledging "one of the greatest build-ups in American history."

In an interview with Fox News Channel's "Sunday Morning Futures," Treasury Secretary Steven Mnuchin said cuts to Social Security and Medicare would not be part of the administration's first budget. Trump's priority is passing legislation to reduce middle-class and corporate taxes, he said.

As a candidate, Trump promised to leave major entitlements untouched, breaking with some Republican leaders who believe the costly programs need to be reformed.

The White House budget office issued a statement confirming that an interim budget submission will be released in mid-March but declining to comment on an "internal discussion."

"The president and his Cabinet are working collaboratively to create a budget that keeps the president's promises to secure the country and restore fiscal sanity to how we spend American taxpayers' money," said Office of Management and Budget spokesman John Czwartacki.

Czwartacki said that the March submission would only address agency operating budgets funded by Congress and that proposals on tax reform and so-called mandatory programs — they include food stamps, student loans, health programs and farm subsidies — will be released later.

The March release is also expected to include an immediate infusion of cash for the Pentagon that's expected to register about $20 billion or so and contain the first wave of funding for Trump's promised border wall and other initiatives like hiring immigration agents.

By increasing defense and leaving Medicare and Social Security untouched, the Trump final budget plan is sure to project sizable deficits. In the campaign Trump promised huge tax cuts but top GOP leaders like House Speaker Paul Ryan of Wisconsin don't want this year's tax reform drive to add to the budget deficit.