CLEVELAND, Ohio -- The women depicted in the Oscar-nominated film "Hidden Figures" were math pioneers who worked as human "computers" in an era before machines were programmed to do those calculations. The film focused on African-American women based... 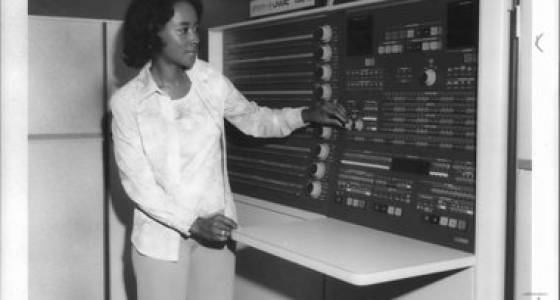 CLEVELAND, Ohio -- The women depicted in the Oscar-nominated film "Hidden Figures" were math pioneers who worked as human "computers" in an era before machines were programmed to do those calculations.

The film focused on African-American women based at the Langley Research Center in Virginia. During that time, Cleveland's facility had its own human computers.

Annie Easley was Cleveland's earliest Hidden Figure, beginning her career in 1955 and doing the math for simulations for the Aircraft Engine Research Facility in Cleveland in the early days of what became NASA.

Born in Birmingham, Alabama (she moved here after a couple years of college in New Orleans because she married a man from Cleveland), she was one of only four African-American employees at in the organization locally when she was hired.

"We were called computers until we started to get the machines, and then we were changed over to either math technicians or mathematicians," she explained in a 2001 interview for the NASA Oral History Project.

When computers rose, she became a programmer, adept particularly at FORTRAN, a programing language.

Easley tutored school students, became a recruiter for NASA and worked as its Equal Employment Opportunity officer during her tenure. She spoke in her oral history interview about how she handled discrimination:

"My head is not in the sand. But my thing is, if I can't work with you, I will work around you. I was not about to be (so) discouraged that I'd walk away. That may be a solution for some people, but it's not mine."

Easley enrolled at Cleveland State University and earned her degree in mathematics in 1977, working full time while attending classes.

Easley, an avid skier, golfer and tennis player, retired from NASA in 1989 after 34 years, but still offered advice and inspiration to black women who worked there.

She died in Cleveland in 2011. She said in that oral history interview with NASA a decade earlier: "It has been a wonderful time to be alive, to see all of the changes that took place in my work life, from where we were to where we went. And to still see changes. I'm just fascinated by all of the changes."