Congratulations, America: We’re the world’s biggest loser.Americans collectively dropped $116.9 billion in casinos last year, making us the top suckers of the gambling world at a cost of an average of $420 in casino deficits per American adult, according... 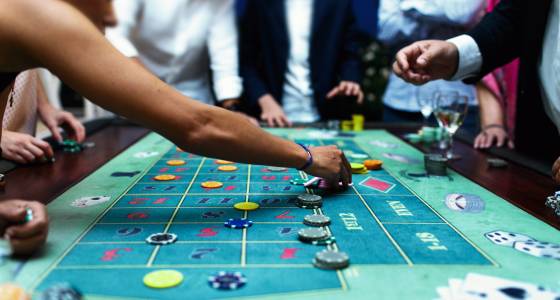 Americans collectively dropped $116.9 billion in casinos last year, making us the top suckers of the gambling world at a cost of an average of $420 in casino deficits per American adult, according to a study on the world’s biggest gamblers recently published by the Economist.

For that kind of money we could each have a snowboard vest from Bathing Ape and have change left over for an $18 cup of coffee in Sunset Park.

It’s appalling that grown people — trusted with cars and rifles and offspring — have yet to figure out that they have no shots at being long-term casino winners (unless they do something casinos don’t allow, like card counting, dice sliding or roulette-wheel tracking, for starters). Isn’t it the definition of “insanity” when (reasonably smart) people enjoy gambling even though they consistently lose money at it?

You don’ t have to be a compulsive gambler like Terrance Watanabe to find the pursuit so alluring that you can’t stop. (Amateur player Watanabe dropped some $204 million [over the course of 2007 at various properties owned by Caesars Entertainment, a drubbing so bad that it covered 5.6 percent of the casino’s revenues that year. )

According to a study put on by Stanford University and reported on by BBC, people sit down at gaming tables with “loss thresholds,” which suggests that moneymaking opportunities are not what draw them to casinos in the first place. And losing money doesn’t diminish their collective enjoyment of the casino experience. Sridhar Narayanan, a co-author of the study, told BBC, “They tend to be conscious that, in the long run, they are more likely to lose than win.”

Gambling while knowing you can’t win is like drinking whiskey knowing that you can’t get drunk. Of course you can actually learn to increase your chances at winning, via Web sites such as Blackjack Apprenticeship. Or else submit to the inevitable and sign up with a casino host (a k a “frenemy”) who will help you get free rooms and food that will cover a fraction of your losses. You’ll still lose, but maybe you’ll get a steak dinner for your trouble.