American Apparel making goods outside US for first time

For the first time in American Apparel’s 28-year history, its items are being made outside the US, The Post has learned.The company, which prided itself on being the largest domestic apparel maker, is now producing shirts in Honduras and Nicaragua, a person... 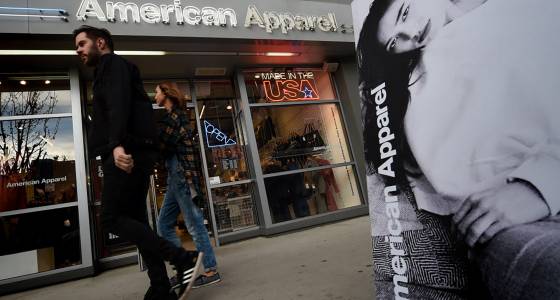 For the first time in American Apparel’s 28-year history, its items are being made outside the US, The Post has learned.

The company, which prided itself on being the largest domestic apparel maker, is now producing shirts in Honduras and Nicaragua, a person familiar with the matter said.

Gildan Activewear, which bought American Apparel out of Chapter 11 earlier this year, later confirmed the Central American production — and said that labels denoting “Made in Honduras” and “Made in Nicaragua” will start appearing on its clothes this summer.

The shirts being made in those countries are for its wholesale division, which sells shirts to corporate customers, including those who print concert-related shirts.

American Apparel had employed more than 6,000 workers in several factories in Los Angeles — before they were laid off in January.

But Gildan, maker of such brands as Kushyfoot, Peds and Gold Toe, said it has not yet determined where its retail apparel will be made.

“We will be evaluating many factors, including the specific preferences for Made in USA, as we assess the opportunities related to bringing this brand to consumers over the coming weeks,” Bell said.

The massive liquidations have begun.

Still, Gildan is eager to maintain the brand’s edgy DNA.

Charney said his new company will make its clothes in LA.