Alternative fact of the week: Last night in the school bathroom

Strictly by customary fact-checking standards, this week's most egregious "alternative fact" has become so ubiquitous that it can be identified in just four words: "last night in Sweden." Surely, the details are now familiar: President... 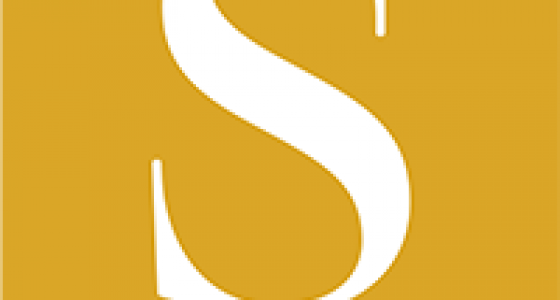 Strictly by customary fact-checking standards, this week's most egregious "alternative fact" has become so ubiquitous that it can be identified in just four words: "last night in Sweden." Surely, the details are now familiar: President Donald Trump, in revving up supporters in Melbourne, Fla. Saturday (and fueling antipathy toward refugees from majority Muslim countries in the process), specifically mentioned Sweden as having suffered some dreadful incident the night before when, in fact, it appears he was making reference to a report on a Fox News opinion program that suggested a recent surge in Swedish crime had been triggered by an influx of asylum-seekers.

In reality, nothing of particular significance had happened Friday night in Sweden — a point which caused much mockery of Mr. Trump from officials and the press there. The connection between crime in that country and refugees is dubious at best, according to data from the Swedish National Council for Crime Prevention. There was, however, a riot in the Stockholm suburb of Rinkeby on Monday night which resulted in no serious injuries. Whatever issues Sweden has in assimilating refugees, the most dangerous parts of the country are still much safer than quite a few refugee-free neighborhoods within an Uber ride of the White House.

But that was pretty much par for the course with the nation's 45th president (the combination of disordered thinking, fear-mongering and Fox News having become something of a trademark after just one month on the job). What should top the week's list of biggest whoppers is one that was actually committed last year — on April 21, 2016 to be exact — but which only proved to be definitively untrue this week.

Then, in response to a question about North Carolina's contentious HB2 bill restricting bathroom access to transgender people, Mr. Trump said at a televised town hall on NBC's Today Show that such individuals should use the restroom they feel most comfortable with. As a candidate, Mr. Trump made quite a few contradictory statements about LGBTQ issues, including what anatomical features should qualify a person for men's or women's restroom privileges, but this week that answer landed squarely in the alternative fact zone. Late Wednesday, Mr. Trump reversed the Obama administration's advisory that transgender students should have access to bathrooms that correspond with their gender identity. According to a White House statement, Mr. Trump found it to be a "state's rights" issue.

Hmm, a failure to support the civil rights of a minority while hiding behind a state's rights argument — why does that sound so familiar? This new interpretation of Title IX will have only one major effect and that is to make school life much harder for thousands of kids who are easy targets for bullies and other haters. This is the same state's rights argument that provided the foundation for slavery, Jim Crow and white supremacist ideology. And if you think lives aren't at stake here, think again. The transgender suicide rate is already alarmingly high (suicide attempts by transgender individuals are nearly 10 times as common compared to the overall U.S. population, according to a 2014 study). And if a recent Johns Hopkins study finding that the Supreme Court's 2015 ruling legalizing same-sex marriage has reduced suicides among teens is any guide, acceptance of transgender students was likely having a similar positive impact.

So why make hurting transgender children such a high priority? We have yet to hear an explanation — whether state's rights or the "privacy" rights of non-transgender classmates — that seems either factual or an acceptable alternative. Fortunately, there are many school systems where enlightened administrators, teachers and parents will not back down from sensible anti-discrimination protections. Ultimately, it's up to the courts to decide what Title IX or other legal protections actually protect and not the opinions of candidate Trump of last April or President Trump of today.