Rylee Bowen has been named the All-Empire girls cross country runner of the year.Sound familiar? Well, it should. Bowen, a junior at Sonoma Academy, was also named All-Empire girls track and field athlete of the year, not to mention all the first-place finishes... 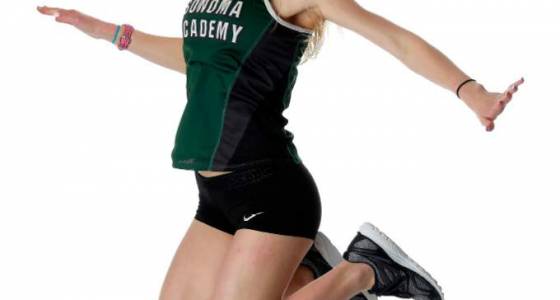 Rylee Bowen has been named the All-Empire girls cross country runner of the year.

Sound familiar? Well, it should. Bowen, a junior at Sonoma Academy, was also named All-Empire girls track and field athlete of the year, not to mention all the first-place finishes and record-breaking times she posted this season.

“Her tenacity and work ethic is off the charts. It separates her from other athletes I’ve coached. We really pushed the limits this season and it’s really nice for her to get recognized for all the hard work she’s put in,”Sonoma Academy cross country coach Danny Aldridge said. “It’s just another feather in her cap.”

“It’s just all about getting better for Rylee,” Aldridge said. “She doesn’t look at herself differently or she doesn’t change the way she acts after a win.”

The Lowell Invitational win was just the start to Bowen’s triumphant season. She was the Coastal Mountain Conference champion, ran second in the NCS championship meet and placed sixth overall in the state meet.

Even with all the success, Bowen and her mother, Nika, believe this to be a little bit of a letdown season for the star runner.

“It’s in the struggle that makes you more well rounded,” Nika Bowen said. “It was good for her to figure out what it is to struggle.”

Bowen and her mom believe one of the reasons for the so-called letdown was Bowen having to go through the trials and tribulations of her junior year of high school.

“I learned a lot from this season,” Bowen said. “I got a little distracted, but now I feel more focused than ever.”

The fact that she feels more focused and that her mother said Bowen is “training with a vengeance” should make the cross country world excited to see what she can do next.

“I’m more motivated than ever and I really learned to never take anything for granted,” Bowen said.

One of Bowen’s favorite moments from this season was racing against her younger sister Kate for the first time.

“It’s just really fun and really competitive, but in a healthy way,” said Bowen. “She’s my partner in crime; we even have a handshake.”

Over the offseason, Bowen plans to run races in Seattle and New York, along with training for track season and touring college campuses.

RUNNER OF THE YEAR

COACH OF THE YEAR