Albany worker pleads not guilty in deaths of women 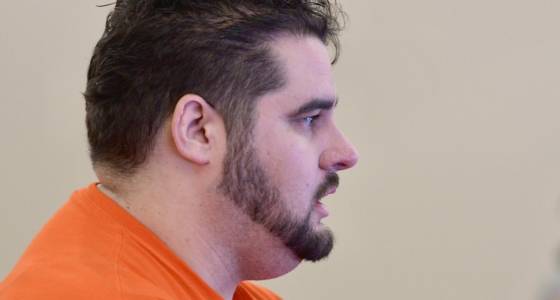 Mero was charged with two counts of second-degree murder which each carry prison sentences of 25 years to life in state prison.

A grand jury in Albany County Court handed up a sealed indictment against 29-year-old Edward "Ted" Mero, implicating the city water department employee in the Dec. 2014 death of Shelby Countermine, whose body was found in a shallow grave near city water department property in Coeymans, and the 2013 death of Megan Cunningham, whose remains were found in a badly-burned second-floor bedroom of the house she shared with Mero and another roommate.

Authorities initially believed the Acadia Avenue fire that killed Cunningham was not suspicious but gave the case a second look after Countermine's death.

Mero, who has been on paid leave from the water department since May 2015, was taken into custody on Friday and is being held in the Albany County jail on two second-degree murder charges. The indictment is expected to be opened Monday and Mero formally charged.

In May 2015, a runner near Tracey Road in Coeymans found Countermine's body in a wooded area that is just feet away from the city water department's right-of-way that carries piping underground from the Alcove Reservoir. Countermine was last seen on Dec. 3, 2014 on Crane Street in Schenectady. An autopsy would reveal the 23-year-old died of blunt force trauma.

Mero became a suspect in Countermine's case after investigators found a text from him in a phone Countermine used the day she disappeared, according to a source close to the investigation who said they couldn't comment on the record until after Mero's indictment is unsealed.

Soon afterward, investigators — which included members of the Coeymans Police Department and State Police — realized another woman that Mero knew had died in a fire.

When the fire broke out in a house off Delaware Avenue in January 2013, fire officials at first did not know someone had perished in the blaze, according to a Times Union account of the incident. Upon further inspection of a second-floor bedroom that was filled with charred debris, Cunningham's body was located, according to the news reports.