Akron Zips return to form on the road, 89-83 over Buffalo

BUFFALO, New York -- With their backs against the wall, Akron stepped up with an 89-83 Mid-American Conference victory over Buffalo on Friday evening in the Alumni Arena. The victory locked down at least a tie for a second straight MAC title for the Zips... 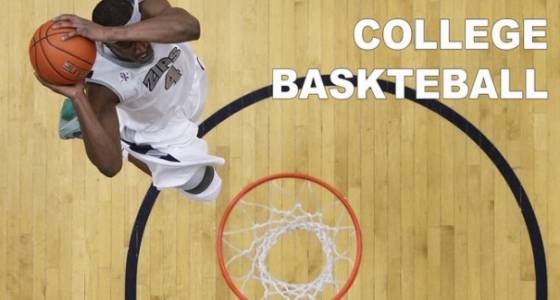 BUFFALO, New York -- With their backs against the wall, Akron stepped up with an 89-83 Mid-American Conference victory over Buffalo on Friday evening in the Alumni Arena.

The victory locked down at least a tie for a second straight MAC title for the Zips with two games to play.

Buffalo (15-14, 9-7) would close within five on several occasions, but 15 turnovers were costly, along with some timely free throw shooting by the Zips, including a clutch pair from sophomore guard Joshn Williams with 56 seconds to play.

Five Zips scored in double figures, led by Isaiah Johnson with 17 and Antino Jackson with 14. Williams had 13 off the bench. Buffalo was led by CJ Massinburg with 17.

The first half: The Zips jumped to leads of 8-2 and 14-4, then the Bulls got somewhat in gear, particularly on the boards. Akron, however, was shooting at a solid clip overall and behind the arc.

So while Buffalo tied the game on several occasions, and held the Zips without a field goal for over six minutes, the Bulls were never able to take the lead. A Kwan Cheatham 3-pointer with 15 seconds to play in the half, followed by a Cheatham block at the buzzer on a Buffalo 3-point attempt, allowed the Zips to take a 38-33 halftime lead.

After the Zips lost to Kent State, when the statistical strengths for both teams were flip-flopped, Dambrot praised the Golden Flashes for their adjustments.

He also pointed to another Akron loss, at Ohio University, where Bobcat guard Jaaron Simmons has stepped up statistically with a 38-point game, including 5-for-5 on 3-pointers. following the loss of 2016 MAC POY Antonio Campbell.

In Akron's loss to Bowling Green, it was the Falcons playing to their averages, while the Zips played below theirs, particularly with turnovers and 3-point shooting percentage.

Next up: Akron is home Tuesday night against the Miami RedHawks. It's the last regular-season home game and senior night for Kwan Cheatham and Isaiah Johnson.  ... Buffalo is on at Ohio University on Tuesday in a game that could decide the No. 2 seed for the MAC Tournament.