Will the 89th Academy Awards be a parade of political speeches or landslide for “La La Land”? Probably both.Sunday night’s Oscars are shaping up to be one of the most turbulent and politically charged ceremonies in recent memory. The three-hour-plus... 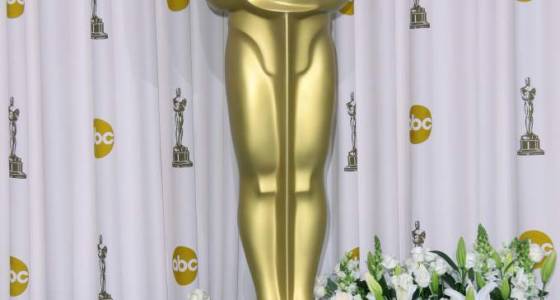 Will the 89th Academy Awards be a parade of political speeches or landslide for “La La Land”? Probably both.

Sunday night’s Oscars are shaping up to be one of the most turbulent and politically charged ceremonies in recent memory. The three-hour-plus telecast, which begins at 8:30 p.m. on ABC, is expected to resemble one very glitzy protest against President Donald Trump, whom award-winners - like Meryl Streep at the Golden Globes — have railed against throughout Hollywood’s awards season.

An unusually tense atmosphere has coalesced before the Dolby Theatre ceremony, with protests, rallies and boycotts swirling around this year’s Oscars. Even the normally sunny California weather has been stormy, and light rain fell Sunday as stars arrived on the covered red carpet.

“It’s crazy to be at the prom,” said Lin-Manuel Miranda, the Broadway star who is to perform his nominated song from “Moana.” He brought his mother, Luz, as his date.

Yet most expect another day of sun for Damien Chazelle’s celebrated musical “La La Land,” up for a record-tying 14 nominations. A best picture upset, while unlikely, isn’t out the question, though. Barry Jenkins’ eight-time nominated “Moonlight” on Saturday took best feature at the Film Independent Spirit Awards, where “La La Land” wasn’t eligible.

The “OscarsSoWhite” crisis of the last two years was largely quelled this season by a richly diverse slate of nominees, thanks to films like “Moonlight,” ‘’Fences” and “Hidden Figures.” A record six black actors are nominated. For the first time ever, a person of color is nominated in each acting category. And four of the five best documentary nominees were also directed by black filmmakers.

The winners so far include:

Best actor in a supporting role

“Fantastic Beasts and Where to Find Them”

Best actress in a supporting role