A year late, Easton's roadmap for the future is complete

Easton City Council adopted its new comprehensive plan last week, a year behind schedule. The plan provides a roadmap through 2035 on city growth and the use of its resources. The plan submitted in January 2016 by New York-based Urban Matrix failed to... 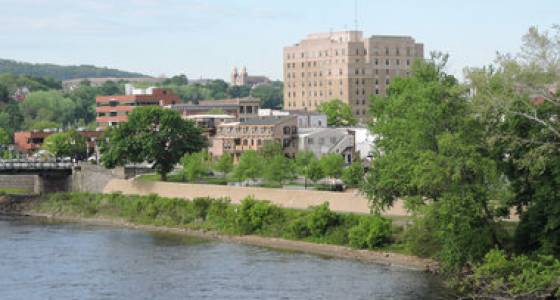 The plan provides a roadmap through 2035 on city growth and the use of its resources.

The plan submitted in January 2016 by New York-based Urban Matrix failed to address traffic and stormwater management issues, according to Councilman Roger Ruggles.

He said Urban Matrix "dropped the ball" last year but was pleased with the final product, which was adopted unanimously by city council Wednesday.

"I'm very happy with it. I think the improvements were very good over the past few months," he said Wednesday. "Everyone ought to be very proud of the document that was produced."

Urban Matrix hosted a variety of "charrettes" for residents to discuss the city's future. But attendance was poor because they were held during the day when residents work.

7 businesses have settled in at Easton's chic new hotspot

Easton Mayor Sal Panto Jr. said Urban Matrix worked with the city planning department over the past year to refine the plan at no additional cost to the city. He thanked planning department Director Tina Roseberry and Chief Planner Carl Manges for their work.

"I appreciate all the efforts of a lot of people who have worked a long time to produce this document," he said.

Now that the plan is adopted, the city can put it in place, the mayor said.

"The planning department is going to give us a 'tick' list of what we need to do so that this doesn't just get done and sit on a shelf someplace. ... These plans, a lot of times we get them done, we pay for them and nobody looks at them," Panto said.