A mega outdoor industry expo seeks a new home, and Oregon wants it

A huge outdoor industry expo is seeking a new partner: Must love public lands. Outdoor Retailer, the biannual industry show that brings tens of thousands of people to Salt Lake City each year and pumps an estimated $45 million into the state's economy, is... 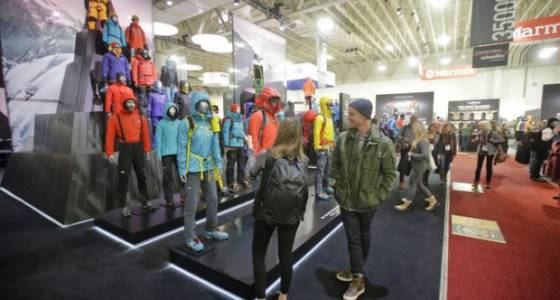 Outdoor Retailer, the biannual industry show that brings tens of thousands of people to Salt Lake City each year and pumps an estimated $45 million into the state's economy, is divorcing Utah after a 20-year marriage.

Politicians and tourism leaders in Oregon believe they are the right match and are hoping Utah's loss will be Oregon's gain.

The powerful outdoor industry event announced it would leave Utah for good in response to a request from Gov. Gary Herbert and other Republicans that President Donald Trump abolish the Bears Ears National Monument. President Barack Obama approved the monument as one of his final acts in office.

Patagonia and several other big-brand outdoor companies pledged to boycott the Beehive State, and Outdoor Retailer organizers pulled the plug on Utah in response.

While the exact timing is unclear, the trade show is expected to start accepting proposals from would-be suitor cities that don't share the politics as the Utah Republicans who opposed federal control of millions of acres of public land. That process could take three months.

This summer's show is scheduled for July 26 through 29. Outdoor Retailer is contracted to remain in Salt Lake City through 2018, but the organization said on its website it was "considering all of our options" and while it may want to move to a new city before 2018 that is "a complicated process involving many moving parts."

The trade show's decision was the latest salvo in the simmering fight over public hands in Utah and the greater West. U.S. Rep. Jason Chaffetz introduced - then withdrew -- a bill that would have transferred 3 million acres of federal land to state hands. Utah lawmakers also approved a resolution designed to shrink a separate national monument.

"Oregon is a perfect destination for this," said Linea Gagliano, director of global communications for Travel Oregon. Gagliano said while expected competitor Denver is also a hot bed of outdoor recreation, Oregon is "the Silicon Valley" of outdoor gear.

She cited the corporate headquarters of Columbia Sportswear, Nike, Keen, Leatherman and other companies as a key argument in Oregon's favor.

But the politicians went a bit further: "Our economic prowess is only part of the story. We stand tall behind our history of caring for our natural resources."

"Oregon is committed to preserving our public lands and natural wonders," they wrote.

Brown and Wheeler cited the state's public beaches, Cascades, Wallowas and Steen mountains and scenic icons that draw visitors from around the globe such as Crater Lake and Smith Rock. "Outdoor recreation is in Oregon's DNA," they wrote.

Few dispute that assertion, but at least one conservation group points out the collective salivating over the outdoor show is not coming at the best time, politically, given the state's high profile move that would sell public land to a timber company.

During the same week, Rep. Brian Clem, D-Salem, held a hearing in his agricultural committee on a proposal to transfer most federal lands in Oregon to state control. That contentious issue- that the federal government controls too much land -- was one of the centerpieces of the argument made by Ammon Bundy and other Malheur National Wildlife Refuge occupiers. Conservation groups counter that states don't have the resources to manage public lands, opening the door to privatization efforts. That could lead anglers, hikers and hunters in the cold, they argue.

Clem said after the meeting he had no intention to move the transfer bill out of committee and agreed the timing wasn't ideal following the Elliott State Forest controversy.

Steve Pedery, Oregon Wild's conservation director, said Outdoor Retailer is a wonderful event but the state's actions are important. "I can't think of a time when Oregon would be less deserving of saying, 'We support public lands,'" Pedery said.

Oregon Wild and other conservation groups are blaming Treasurer Tobias Read, a Democrat, for voting to sell the Elliott State Forest alongside Republican Secretary of State Dennis Richardson. Brown has said in recent weeks she favors an alternative proposal that would keep some of the forest in public hands. The Elliott's expected buyer, Lone Rock timber and local Native American tribes, have said at least half of the forest would remain open to the public.

Read's spokesperson said in an email that he supported the state's push to host the Outdoor Retailer show. In an interview this week, he said he had no plans to change course on the Elliott State Forest sale. Oregon is constitutionally required to make revenue off the forest for K-12 schools.

Gagliano said Oregon tourism and business interests started discussing how to woo the retail expo "the second that they decided to withdraw" from Salt Lake City.

The Oregon Convention Center, which would be the likely home of the event, may not provide enough space. Gagliano said given that the expo likely wouldn't move until 2019, Oregon has time to figure out logistics. She cited 17 new hotels expected to open by 2019 as evidence Oregon has enough hotel space. "We're rallying the troops," she said.

One Oregon company would be happy to have the expo closer to home.

Today, Keen has 250 employees in Portland and another 150 around the world.

Tyler LaMotte, Keen's vice president of global brand marketing, said having the show in Portland is "a no-brainer for us."

The show is a critical part of the outdoor industry's sales, marketing and networking diet each year at the winter and summer shows, LaMotte said.

Wherever the show moves, Keen will be there. "If it came to Portland, we would be ecstatic."