Property taxes are a great bargain in almost all area municipalities — considering what we get in return. And no matter how you look at it, the Toronto homeowner has it pretty good.But a careful look at this year’s budget documents shows Torontonians... 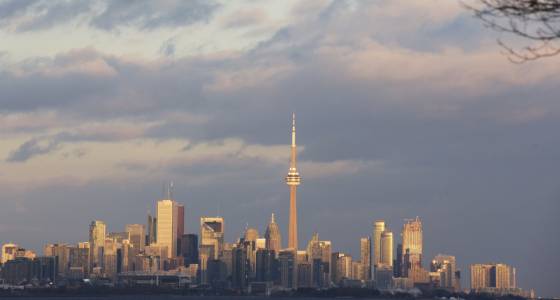 Property taxes are a great bargain in almost all area municipalities — considering what we get in return. And no matter how you look at it, the Toronto homeowner has it pretty good.

But a careful look at this year’s budget documents shows Torontonians are not making off like tax bandits. There are reasons for the low property-tax bill. Some unique Toronto costs are not included. The average doesn’t account for hundreds of thousands who are tax-challenged. And when your taxes are based on the real estate market, it is not unusual for some to be house rich and cash poor.

All that said, there is room to increase the property tax burden in a city where residents demand high-service standards and city councillors are loath to cut programs.

The average Toronto homeowner had the lowest property tax bill ($3,077) when compared to 25 other jurisdictions in the GTA and Ottawa and Hamilton last year. But the Toronto tax bill does not include water and garbage disposal; plus, Torontonians pay an added land transfer tax.

Of course, user fees for parks and recreation, parking, permits and transit add to the “taxes” and vary widely across cities, but the bulk of the tax haul, all in, shows Toronto in an enviable position.

We are talking taxes on average. The actual tax bill is much larger for a large number of people. And the Toronto average is pushed lower by the large number of condo dwellers and their lower assessments.

The tax rate is what generates the tax amount. And Toronto shines here — with the lowest tax rate (.69 per cent compared to 1.56 per cent in last place Oshawa) for several reasons. The city has a large tax base over which to spread the burden. And, historically, the large commercial towers downtown carried a disproportionate percentage of the tax burden, thus shielding residents.

Note that municipalities around Toronto — in an effort to attract business away from the core, loaded on a greater percentage of taxes on their homeowners and shielded businesses. That partially explains why Mississauga’s rate for homeowners is .87 per cent, Brampton’s 1.1 per cent and Vaughan’s .82 per cent.

Toronto is on a multi-decade mission to recalibrate the burden so that homeowners carry more and business carry less. That means if the city now levies a 3 per cent tax hike on residents, the amount on business is capped at 1 per cent.

A sidebar on Oshawa: Its highest tax rate demonstrates the fact it does not have the businesses, tax assessment and commercial clout to spread the tax burden. As such, you might expect Oshawa taxes to be among the highest. But no, it was 11th among the 25 municipalities last year at $4,650 all in. Either the council has found a way to squeeze a dollar better than anyone else or service levels are below their neighbours’.

Stung by criticisms that its taxes are too low, Toronto’s councillors requested city staff provide other data showing how real estate values skew the city’s tax burden. Most people agree that property taxes are not progressive. They do not reflect a person’s ability to pay. Income tax does and municipalities have asked for income tax to replace property taxes, but to no avail.

So finance staff figures show the average Toronto home has a household income of $98,033 — just five spots from the bottom among the 25 municipalities. King tops out at $192,369; Oshawa has the lowest household income at $85,762. So, despite the high real estate values, the average Toronto homeowner doesn’t have the large income of their neighbours.

But when property taxes are measured as a percentage of household income, Brampton comes out worst at 4.6 per cent, with Oshawa second-worst at 4.5 per cent. Toronto? Below the average 3.4 per cent — another plus — exceeded only by Milton, Oakville, Halton Hills and Burlington.

Some Toronto councillors have never accepted the fact that property taxes are based on the market value of a property. Downtown properties are higher valued and so pay comparatively higher taxes, even if the home does not consume more services, they argue. So, CFO Rob Rossini included some slides in this year’s budget presentation to show the tax impact on different Toronto neighbourhoods.

They show taxes on a detached three-bedroom bungalow with one and a half baths and a one-car garage. Such a property in Toronto’s east end out to Scarborough was still the lowest at $2,728, compared to Pickering at $4,737 for a similar property. In the west end, the taxes were higher at $3,503 (Mississauga was $4,277.) In North York, it was higher still at $4,017, more than Brampton and 19 of the 28 municipal regions compared.

And finally, in downtown, the taxes came in at $4,903 — second highest, next to Markham.

A similar study of taxes on a two-storey, three-bedroom home with a two-car garage and two and a half baths shows similar results. The Toronto east-end property still has the lowest taxes in the entire region and a downtown property, if you can find the typical suburban home downtown, with the highest taxes.

The detailed examination of all sides of the tax debate doesn’t change the fact that Toronto property taxes are lower than what’s levied in the region. But it adds layers to the annual debate and probably explains why city council is slow to jack up rates.

There are people out there — up in North Bay or down in Sarnia or out Kingston way — who think Ontario is subsidizing Toronto. Actually, the opposite is the truth.

They resent announcements of $100 million for the Toronto Transit Commission when their local bus system gets $1 million. But that’s how it should be, considering the TTC carries 200, 300, 400 times the number of passengers.

They buy into the culture of anti-Toronto resentment that may be cathartic but economically destructive to the province, for if Toronto is lagging, Ontario drags.

The resentment bubbles vigorously to the surface at budget time. Usually, Toronto trundles up to Queen’s Park with the perennial ask for more cash. It seems the city has an insatiable appetite. The budget dance grows tiresome. Ontarians look at the city’s average property tax bill and sees red. “You are not paying your fair share. Raise taxes on your citizens before you hold a hand out to the province.”

If only it were that simple.

Even if city council were to double property taxes on Toronto residents, this fact remains: the province has robbed Toronto taxpayers of billions of dollars by dumping the costs of social services and housing onto local taxpayers. Social housing cost, which is universally considered the responsibility of provincial and federal governments, rests heavily on the city’s ledger.

Queen’s Park should be paying for the Don Valley Parkway and the Gardiner — just like it does for Highway 410 or 427.

And there is a reasonable claim that all Ontarians should pay for more of the operating costs of the TTC. Instead, the TTC must cover more than 70 per cent of its costs through the fare box — a percentage unheard of in world-scale public transit systems. And the rest comes from Toronto property owners.

Housing, social services and transit are three of the crippling responsibilities that burden the big city. Toronto accepts more than its share of the province’s poor, disabled, homeless, transit-dependent and citizens who are dependent on the social safety net. When city politicians run up to Queen’s Park and ask the province to pick up provincial responsibilities, it is particularly hurtful to hear the rest of the province pile on instead of saying, thank you.

No one expects that dynamic to change. What complicates the discussion is the fact everyone has an opinion on how much taxes Torontonians pay. We read the real estate section and see the property taxes paid on a million-dollar home and are galled.

It is a little more complicated than that.