Famagusta 10°
clear sky
BUSINESS EDUCATION ENTERTAINMENT HEALTH POLITICS SCIENCE SPORTS TECHNOLOGY
10:22 Four Benefits of Hiring a Dedicated Development Team
04:48 Mark Kelly, President of Safety Marking Inc., Discusses Structuring Effective...
17:58 Trump wants to play golf at the Biden swearing-in in Scotland - but is...
17:54 First doubts Regarding tightened Steps: two National Countries Extract...
10:39 Covid-19 : in France, the end of containment and entry into force of the...
04:34 The schools of Rome will use the Internet with light bulbs: what it is...
10:58 Kratom Tea: How Is It?
11:46 Office Furniture Products for you!
12:17 Top Clubs, Their Value, Revenue And Current Standings
11:14 Reasons Why Rewarding Yourself is a Good Practice
BIST
1524
GOLD
438.863
USD
7.4448
GPB
10.1444
EUR
9.0064
Breaking News
Why Do We Prefer to Game on Our Smartphones?
Close

90-year-old woman foreclosed, evicted from home of over 60 years

LAWRENCE -- It wasn't supposed to end this way. Gloria Turano thought she'd be living on Skillman Avenue when she died, in the ranch home her late husband Louis built for them in 1953. She never wanted to leave it, and the decades of memories of raising... 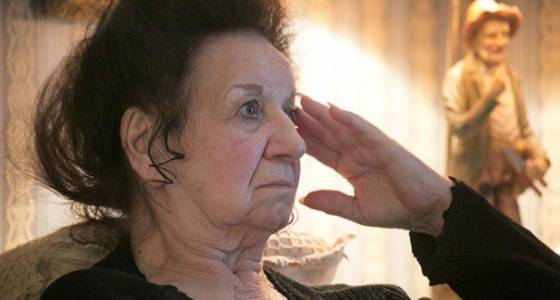 LAWRENCE -- It wasn't supposed to end this way.

Gloria Turano thought she'd be living on Skillman Avenue when she died, in the ranch home her late husband Louis built for them in 1953. She never wanted to leave it, and the decades of memories of raising a family it holds for her.

"I thought the undertaker would take me out of here," the 90-year-old Turano said with a smile recently, sitting on a couch in the home's den.

But as she spoke, the house was not hers anymore.

It belonged to Fannie Mae, the government-sponsored mortgage company, which bought it for $100 at a sheriff's sale last year after a reverse mortgage company foreclosed on it - shutting down a loan Turano took in 2004.

She borrowed the money to help her pay her property taxes - in an effort to stay in the home. The taxes would be the loan's undoing.

The money ran low, and Turano's attempts to contact the lender, Financial Freedom, and refinance or work things out were never answered, she said.

She fell more behind in the taxes, and then legal notices started coming to the home from the lender around 2012 and 2013.

A little scared and embarrassed, she called her son, Rob Turano. He started what amounted to a last-minute legal battle to straighten things out.

Rob entered the picture too late, as well as a lawyer he hired.

In January 2016, Mercer County Judge Paul Innes lowered his gavel and completed the foreclosure. "You had two years," Rob recalls the judge saying.

Then Fannie Mae started eviction proceedings against Turano, which heated up late last year. As he examined his mother's paperwork, Rob said he found instances of fraud.

A letter to state Sen. Shirley Turner and the state Attorney General's office were answered, but they did not help. They said his mother's situation warranted concern - and maybe an investigation - but they too were powerless to stop the eviction proceedings.

Rob and the lawyer were able to get some delays, but Fannie Mae collected Gloria's house keys on Feb. 5 - from Rob.

"It was a very sad day for me," he said. Gloria now lives with her son, across town.

Rob said he'll never forget what a lawyer told him early on in his fight: "You're not going to lose this house." Just like the television ads.

They did, and now Rob and Gloria want others to know her plight to save others from falling into the same trap.

Gloria said she hasn't told many people she lost her home. But she's ready now, saying, "If it can do something for someone else, if nothing at all."

Reverse mortgages are loans eligible to homeowners over the age of 62. It's a "reverse" loan because the loan does not have to be paid back while the homeowner is alive and in the house - and taxes and insurance are up to date.

Lenders typically get their money back when the homeowner sells the house, or dies. Homeowners can make monthly payments if they want, but the lure for seniors on fixed income is not having to, lenders say.

Gloria's husband died in 1981, and by 2004, money was getting tight. Property taxes kept rising, but Social Security was not keeping up the same pace, she said.

A friend in Pemberton told her she'd taken a reverse mortgage, and gave Gloria the number for Financial Freedom. After calling it, a vigorous young salesman was promptly at her door. She made him blueberry muffins.

If the money runs out, could she get more? What happens then?

Gloria said the man had perfect answers to all her questions. If she needed more money, they'd refinance the deal because her house would "only go up in value," the man said. The deal was done in about 6 hours, Gloria said.

Due to their complexity, the U.S. Housing and Urban Development requires reverse mortgages require borrowers to be "counseled" before they sign the deal. Gloria said she was counseled over the phone.

Rob had no idea. "I didn't tell him anything," she said.

The Turanos put much of the blame on Gloria's situation on the reverse mortgage, which experts say can be tricky - and some say an icky business.

They acknowledge Gloria should have reacted quicker and told someone, but she lived alone and for years had taken care of herself, Rob said.

Everything was fine until about 2007, when the loan funds were running low, but Gloria was unable to reach anyone at Financial Freedom, she said.

Financial Freedom, a subsidiary of OneWest Bank/CIT, did not return a message seeking comment on Gloria's foreclosure. Fannie Mae also did not respond to a request for comment.

Her 2004 salesman told her he'd "always be there for her," she recalls. "I never heard from him again," Gloria said.

She says she hung in there for several more years, but then had to stop making tax payments to get by. "The taxes just kept going up and I did not have the money," Gloria said.

Then, several years ago, as Rob got involved, Financial Freedom apparently started paying down her property tax bills.

But they were also foreclosing - because they were paying the taxes, Rob believes, but he is not totally sure that was the foreclosure reason. The reverse loan balance had ballooned to over $300,000, Rob said.

Mark Kriegel, the lawyer Rob hired to try and save the house, said unpaid property taxes are vulnerable to public auction, which would then add a lien on the property - which lenders do not like.

Rob has since examined his mother's stack of paperwork, and from his calls and correspondence in trying to untangle the loan, he said he's found equal parts fraud and shady lending to a senior.

Again, Gloria did not tell initially tell her son about the notices that started coming to the house because she knew he was having career issues at the time, she said.

But Rob said he found foreclosure notices were for a time being sent to Vernon, in Sussex County, and he found a document that states his mother "met with a certain lawyer early in the process, around 2013."

The meeting never happened, and Rob said he never got an explanation for the wrong address.

He started making calls to lawyers that focus on senior law, and other agencies. "This is fraud," people would tell him.

None of it mattered to the Superior Court of New Jersey, though.

Kriegel said he wished he was involved sooner.

"It's very unfortunate," he said. Reverse mortgages can be confusing, and the companies hedge on borrowers dying,  he said. "It's a morbid assumption and it does not work out for every borrower."

The silver lining is that Gloria Turano, even though she lost her home, outlasted the loan by living so long, Kriegel said. It's likely not what the lender expected.

Rob implored anyone considering a reverse mortgage to consult a lawyer, and make sure your family knows all about it.

In 2011, three major reverse mortgage providers Bank of America, Wells Fargo and Financial Freedom, stopped offering reverse mortgages. Together, the were half of the reverse business at the time.

Wells Fargo cited falling home values and challenges in assessing the homeowner's ability to keep up with taxes and insurance obligations as the reason, Bankrate.com reported.

As for Financial Freedom, it was once part of failed bank IndyMac, which was taken over by the government in 2008.

In 2009, Steven Mnuchin led an investors group to buy the bank's remains - including subsidiary Financial Freedom - and renamed it OneWest. He is now President Donald Trump's Secretary of the Treasury.

This angered Turano, who started studying OneWest and Mnuchin.

And new owner CIT found more than $230 million in missing money, Bloomberg reported. Financial Freedom, as of December, 2016, had foreclosed on 16,220 loans - about 39 percent of the country's reverse-mortgage foreclosures, the site reported.

Combined with the way his mother was ignored, Rob said, and then finding out about the investigation and Mnuchin's ascension to government leader was too much to Rob.

"I was taken by the manner in which he portrayed having to foreclose on homeowners as a tough job that he didn't seem to want to do; 'cleaning up the mess' I think he called it," Rob said of Mnuchin.

On the weekend of Donald Trump's inauguration celebrations, an estate sale company held an open house at the Turano home, where workers had put price tags on nearly everything Gloria Turano owned, from her furniture to paperback books, and the fur coat she once cherished.

"The stark contrast of this weekend for us is this: as billionaire appointments and their friends descend on Washington to celebrate their victory, people will traipse through our family home buying - at a discount - my family's 65 years of life," Rob said then.

Fannie Mae initially said Gloria had until the end of this month to leave the home, but then started offering her cash to leave early.

"I'm just so upset at the way she, and we, we're treated throughout this," Rob said.

The home on Skillman Avenue - where her husband loved to cook on a special indoor charcoal grill he installed, where she cleaned the "pecky cypress" walls by hand with a special solution and where the family loved to gather in the long, skinny backyard - sits empty, awaiting sale to a new owner.

Gloria Turano is healthy as one can expect at 90, save for some minor back problems, Rob says. And she has not lost her cooking skills, a bright spot for mother and son as she settles into her new digs with Rob.

"At least I'll get gnocchi out of it," Rob said as Gloria chuckled.