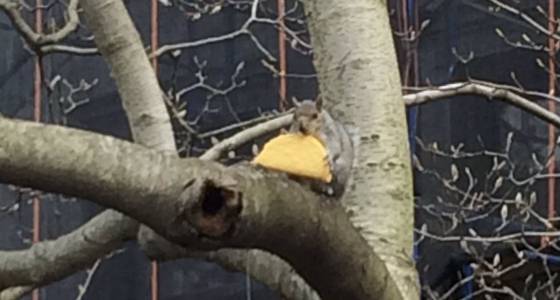 This hungry squirrel is taking New York by storm, one taco at a time.

New York’s wild animals have become internet sensations for snatching food crumbs off the street (2015’s Pizza Rat is perhaps the best-known among them). Naturally, this Twitter photo uploaded on Wednesday morning of a squirrel munching on a hard-shell taco in Brooklyn, is going viral.

The furry rodent was spotted atop a tree branch by Twitter user Maria Bianchi, and people are going nuts. “Move over, Pizza Rat,” she captioned with the photo.

“Pizza Rat and Taco Squirrel could be the most important children’s book ever,” one user wrote.