‘Cash me outside’ girl is a bi-coastal menace to America 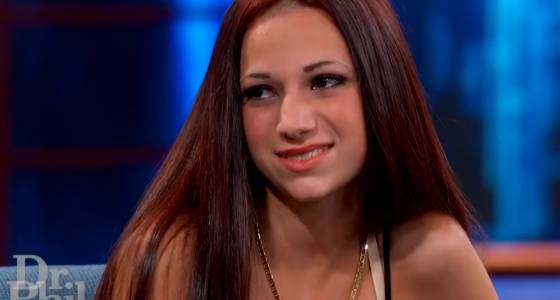 The teen notorious for her “cash me outside” remark on the “Dr. Phil” show has found herself in the middle of trouble again.

‘Cash me outside’ girl punched an airline passenger 0:0 The teen whose “cash me outside” remark on the “Dr....

Police are investigating a brawl involving Danielle Bregoli, 13, and three others early on Sunday morning outside of a bar in Lake Worth, Florida.

Bregoli, who made headlines earlier this month for a Spirit Airlines altercation, was caught on camera exchanging words with another female bar patron in a video shared to YouTube.

According to the post, the woman had suggested that Bregoli was out past her curfew. In response, one of Bregoli’s friends hurled ice cream at the woman and then made a break for it.

The food fight led to more altercations that were not seen on the video, including one involving the ice cream attacker and the bar patron, according to TMZ.

Palm Beach County Sheriff’s Office is investigating the incident, the Palm Beach Post reported. Bregoli has not been arrested.

Bregoli was catapulted to Internet fame after appearing in a “Dr. Phil” episode last year where the “out of control” teen told her mother “cash me outside, how bow dah.” The remark confused Dr. Phil, but quickly became a viral meme.