An 8-year-old Houston girl survived a car crash Saturday morning — only to be shot and killed minutes later.DeMaree Atkins was in the backseat of her mother Toyia Thomas’ Black Honda Accord on the Beltway feeder road when two cars traveling south... 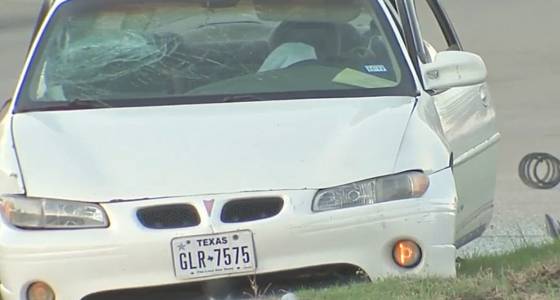 An 8-year-old Houston girl survived a car crash Saturday morning — only to be shot and killed minutes later.

DeMaree Atkins was in the backseat of her mother Toyia Thomas’ Black Honda Accord on the Beltway feeder road when two cars traveling south slammed into them, ABC13 reported.

After the impact, a female driver in one of the cars suddenly whipped out a gun, and started blasting away, local police said.

“I looked over and thought she was trying to help,” Thomas said of the gunwoman. “She pulled a gun out of the window and she started shooting. Each one of those bullets hit the back of my car where my baby was.”

At first the mom didn’t realize her child was struck.

“I pulled her out of the car… I thought she was still asleep,” Thomas said.

“I laid her on the ground and when I looked at her jacket, I saw a blood stain. I pulled her shirt up, and she got shot – the bullet went in the right and came out the left side,” said the heartbroken parent.

Atkins was rushed to an area hospital where she died.

Police said they don’t know why the woman was shooting, but said both mom and daughter were not her intended targets.

The killer remains at large.