An eight-year-old girl was fatally shot following a auto crash in Houston, Texas, early Saturday morning, police mentioned. Patrol officers responded to reports of a collision at the intersection of the Beltway 8 feeder road and Fuqua Street at about 2 a.m.... 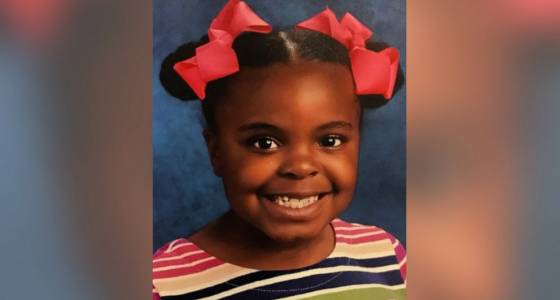 Patrol officers responded to reports of a collision at the intersection of the Beltway 8 feeder road and Fuqua Street at about 2 a.m. neighborhood time. When officers arrived on scene, they learned that two or three automobiles were traveling at high prices of speed southbound on Fuqua Street. A single of the cars, a Pontiac, was struck at the intersection by a black Honda Accord traveling eastbound on the feeder road, according to the Houston Police Department.

Following the crash, an unknown individual opened fire on the Honda, striking eight-year-old De'Maree Adkins, who was in the vehicle with her mother. The girl was taken to a nearby hospital where she died from her injuries. The mother was not injured, according to the Houston Police Department.

Police told ABC News the incident is being investigated as a homicide. Officers are now searching for a dark colored, 4-door sedan that fled the scene. There had been no suspects in custody and no known motive for the fatal shooting at this time, police mentioned.

The victim's mother, Toyia Thomas, told ABC News the incident happened as she was driving household with her daughter. Thomas took an exit south off the Beltway eight and the website traffic light at the intersection ahead turned from green to yellow as she approached. Thomas then noticed a vehicle coming from yet another direction at a high speed but she could not slow down in time and the automobiles collided, Thomas told ABC News.

Thomas said she straight away checked on her daughter to make sure she was unharmed from the crash. De'Maree was nonetheless asleep in the backseat, she stated.

Thomas mentioned she was about to get out of her car when she saw one more vehicle drive up and a lady get out with a gun. The lady then opened fire on her automobile, Thomas told ABC News.

Thomas stated she didn't realize her daughter had been shot until she took De'Maree out of the car or truck and saw a blood stain on her jacket. Thomas lifted up the girl's clothes and saw a bullet wound, she said.

"Never ever thought I'd be burying my 8-year-old daughter," Thomas told ABC News currently in an emotional interview. "That was my child."

Thomas mentioned she does not know the other individuals involved in the automobile crash.

The mother is struggling to make sense of why her daughter was shot and believes this may possibly be a case of road rage. She described De'Maree as a "delighted," "witty," clever," "exciting-loving" eight-year-old girl who was an honor student at school and was finding out to play the violin.

"My daughter was full of life," Thomas told ABC News as she wiped away tears from her eyes. "I can't watch her develop up."