60 years in prison for Aurora man caught with heroin, cash

An Aurora man convicted in one of Kane County's largest heroin busts has been sentenced to 60 years in prison, according to prosecutors.Modesto Alarcon, 44, was convicted of money laundering, as well as possession and distribution of heroin, during a December... 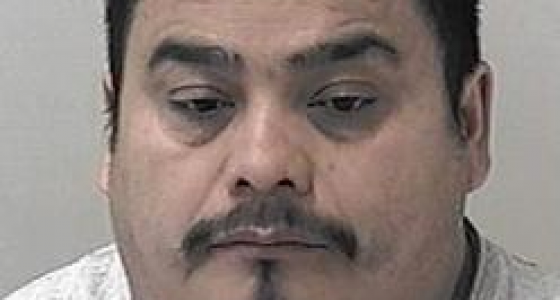 An Aurora man convicted in one of Kane County's largest heroin busts has been sentenced to 60 years in prison, according to prosecutors.

Modesto Alarcon, 44, was convicted of money laundering, as well as possession and distribution of heroin, during a December bench trial before Judge D.J. Tegeler. Aurora police and federal authorities arrested Alarcon in 2014 after finding nine kilograms of heroin and $84,000 in cash at his Grove Street home. Alarcon, who must serve 75 percent of the sentence, received credit for time spent in Kane County Jail since being taken into custody in April 2014. Tegeler sentenced Alarcon on Friday.

Alarcon's attorney previously argued that prosecutors failed to provide enough evidence to gain a conviction, while also contending authorities illegally obtained statements from Alarcon the day of the search.

At the one-day trial, prosecutors detailed how Aurora police and federal officials were drawn to Alarcon and his home after a suspicious exchange outside an Aurora laundry facility led to a traffic stop where $190,000 in cash was found within hidden compartments of a Jeep. Investigators descended on the home and a subsequent search turned up nearly 20 pounds of heroin - with an estimated street value of $1.35 million - and a bag filled with bundles of cash.

According to trial testimony, Alarcon acknowledged to one investigator he was paid $2,000 to store heroin in the garage of the home he had moved into a couple weeks earlier. Alarcon also told police he had done multiple pickups, with as much as 10 kilograms in drugs, and cash amounts of $20,000 or more, involved in nearly two dozen exchanges. Alarcon further said he received $200,000 in cash and a large quantity of heroin in the days before authorities came to his door, an investigator testified at trial.

Dan Campana is a freelance reporter.