5 things to look for in Trump's address to Congress tonight

WASHINGTON – President Donald Trump will be delivering a high-stakes speech Tuesday night as he steps into the well of U.S. Capitol’s House chamber for his first nationally televised address to a joint session of Congress.The speech to members... 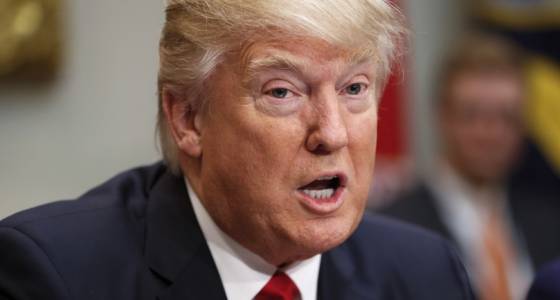 WASHINGTON – President Donald Trump will be delivering a high-stakes speech Tuesday night as he steps into the well of U.S. Capitol’s House chamber for his first nationally televised address to a joint session of Congress.

The speech to members of both parties offers a chance for a new start for Trump, who has the lowest favorability ratings of any new president and is still assembling his team amid Democratic opposition, his administration’s own missteps and investigations into his aides’ ties with Russia.

Trump is expected to outline his priorities as he shifts the country toward economic nationalism with a Cabinet that Senate Majority Leader Mitch McConnell, R-Ky., called the most conservative in decades and an administration that Dow Chemical CEO Andrew Liveris called the most pro-business since the Founding Fathers.

Trump is expected to draw a large audience. “Busy people don’t tune in to watch a predictable president give a set-piece speech,” said Larry Sabato, director of the University of Virginia’s Center for Politics. “But loads of people — friends and foes — will sit and watch Donald Trump because no one knows what he’ll say next.”

Here are five things to watch when Trump speaks at 8 p.m. CST:

Trump said he will outline his first budget proposal to Congress. “He needs to use this moment with control of both (the House and Senate) to push through an agenda,” said Terry Szuplat, a speechwriter for former President Barack Obama. On Monday, Trump said he’ll boost Defense Department spending by $54 billion. He’ll need to explain how he will pay also for domestic programs, infrastructure renewal, a border wall and immigration enforcement.

Trump and Republicans campaigned on repealing and replacing the Affordable Care Act. But on Monday Trump said, “It’s an unbelievably complex subject. Nobody knew that health care could be so complicated.” So far, neither the administration nor the congressional Republicans have produced a consensus plan. But he must discuss how he expects to fulfill this campaign promise.

Trump has been dogged by reports that his aides had contacts with Russian officials last year, prompting several investigations as well as efforts by Trump officials to get the FBI and Congress to dispute those reports. “He’s going to have to obviously address the biggest vulnerability, even among Republicans, and that’s his relations with and his advisers’ contacts with Russia,” said Szuplat. Even former President George W. Bush said Monday, “I think we all need answers.”

Presidents traditionally open their speeches by promising to work with Congress. So far, Trump has spoken mostly with Republicans who control the House and the Senate. But he must also talk to Democrats, whose support he’ll need to get the 60 votes in the Senate to pass some key legislation. “It’s to his advantage to flatter and cultivate his relations with Congress,” said Leonard Steinhorn, a communications and history professor at American University in Washington.

Trump’s outreach beyond his base

As president, Trump has focused on his base of supporters, presenting an often bleak picture of a country wracked by lawlessness and economic decay, though crime is down and the economy is steady. Polls show the country is deeply divided along partisan lines. Trump has a net negative approval rating, with 44 percent approving his job performance and 48 percent disapproving, according to a Wall Street Journal/NBC News poll released Monday. Szuplat said Trump has an opportunity Tuesday night to reach out to those who dislike or disagree with him by offering an optimistic, reassuring and more inclusive vision of the future.