Two shows premiering in the next week on the Investigation Discovery channel offer a look at Lehigh Valley murder cases. The father and sister of victim Jessica Padgett said they were not made aware of the episode of "See No Evil" premiering Wednesday... 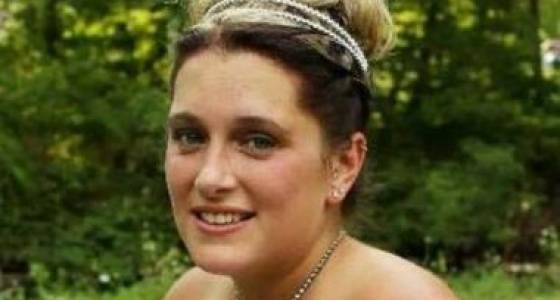 Two shows premiering in the next week on the Investigation Discovery channel offer a look at Lehigh Valley murder cases.

The father and sister of victim Jessica Padgett said they were not made aware of the episode of "See No Evil" premiering Wednesday night about their loved one's murder.

"If I would have turned on the TV that night and saw that I would have gone through the roof," said Thomas Kaczmar, Padgett's father.

He learned of the show from his daughter, Kristi Davis, whom lehighvalleylive.com had reached out to for comment. She didn't know it was airing, either.

"At this point, I wish they would do a show that focused on her life and how awesome of a person she was and how she affected everyone she came into contact with ... instead of what he did to her," Davis said.

Padgett, a 33-year-old mother of three from Whitehall Township, was fatally shot Nov. 21, 2014, by her stepfather, Gregory Graf. He then sexually abused her corpse while recording video of the acts. Graf hid the body on his Allen Township property and misled investigators searching for Padgett before confessing that Nov. 26.

"He's a sick man and the fact that they keep giving him fame over it is the problem," Davis told lehighvalleylive.com.

Now 55, Graf was convicted by a Northampton County jury after just six minutes of deliberation Nov. 13, 2015, and was sentenced immediately to life in prison without the possibility of parole. He is serving his sentence at Pennsylvania's Fayette state prison in La Belle, Fayette County.

Northampton County District Attorney John Morganelli prosecuted the case. He was interviewed for the show by the "See No Evil" production company, London-based Arrow Media, according to a letter he shared Monday. The letter said the company would be alerting Padgett's mother, Danelle Bittner, and husband, Mica Padgett, about the episode airing.

The letter references the importance of advising anyone close to Padgett about the show airing, and states the company's hope that "the show is a sensitive representation of events."

The hourlong episode is titled "Vanished at Noon," and the synopsis reads as follows on investigationdiscovery.com: "On November 26th (sic), 2014, Jessica Padgett disappears. The only lead is her abandoned white Subaru. Surveillance cameras show her driving into a parking lot and walking down a back alley, never to return. Will police discover what really happened to her?"

Also airing in coming days on Investigation Discovery is a two-part series airing Sunday night about the 1994 murders of Joann Katrinak, 26, of Catasauqua, and her 3-month-old son, Alex.

Patricia Rorrer, now 53, was convicted at trial in March 1998 of kidnapping the pair on Dec. 15, 1994, from their Catasauqua home, shooting Katrinak in the face, and leaving her and the child in the woods in Heidelberg Township.

Authorities said the 3-month-old died either of suffocation or of exposure while lying on his mother's stomach. Their bodies were found nearly four months later.

Rorrer's ex-boyfriend, Andrew Katrinak, was the husband of Joann Katrinak and Alex's father. Formerly of the Phillipsburg and High Bridge areas, Rorrer was living in Linwood, North Carolina, when she was arrested in 1997.

The Investigation Discovery show features an exclusive phone interview in which Rorrer speaks out from prison for the first time ever, according to a news release.

"This is an incendiary case that continues to provoke passion on both sides," Morrison says in the release. "As we wait for the pending appeal, Rorrer shares her firsthand account and I talk with the prosecutor and law enforcement about the new allegations that have thrust this case back into the spotlight."

Lehigh County District Attorney Jim Martin said Monday he stands by how the investigation was handled more than two decades ago.

"It has no merit," he said of Rorrer's ongoing appeal. "The case handled property. The appeal is meritless in my opinion."

Rorrer's attorney, Emmaus-based Craig Neely, said he participated in the production and believes the Superior Court will overturn the county court dismissal and grant her a hearing to re-examine evidence in the case.

"The commonwealth concealed a witness from the defense who saw Joann arguing with her husband on a public street at the time of the victims' disappearance, introduced microscopic hair comparison testimony that has been debunked as junk science and used DNA test results on a hair root taken from a hair that the FBI says did not have a hair root two years before the test whose results were introduced at trial," Neely said in an emailed statement. "Saying that these issues are 'meritless' ignores the clear import of these compelling issues."

To find Investigation Discovery on your cable provider, visit investigationdiscovery.com.