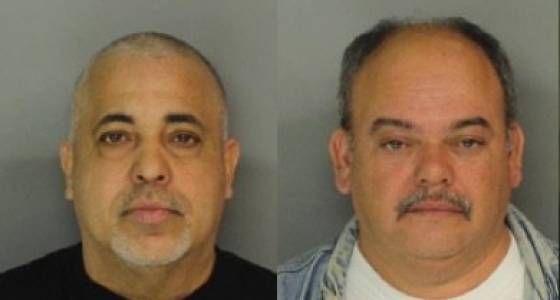 NEWARK - Police announced Sunday the arrests of two city men after they removed nearly 50 roosters, including five that were dead, from a cockfighting event Saturday night.

The two men, Noralberto Orengo and William Aviles, are the business owner and manager, respectively, of El Cacique Social Club located on the 800 block of North 6th Street in the city's North Ward.

On Saturday night, Newark police and officials with the New Jersey Society for the Prevention of Cruelty to Animals (NJSPCA) removed 45 roosters, including five dead ones, from the social club, Newark Public Safety Director Anthony Ambrose said in a press release.

Police had responded to the club around 10 p.m. after receiving an anonymous tip about a cockfighting event, Ambrose said.

"Officers entered the social club where they witnessed a large crowd watching and participating in a cockfighting event," the police director said.

Orengo and Aviles, both 53 of Newark, each received charges associated with illegal gaming and managing an establishment hosting live animal fighting.

Ambrose said these establishments are often "catalyst for other criminal activity taking place or will take place."