NEW YORK (AP) -- Here's a way to reach the top of the best-seller lists: Become the next national security adviser. Lt. Gen. H.R. McMaster's "Dereliction of Duty," first published in 1997, was No. 1 on Amazon.com as of Wednesday morning. The book's popularity... 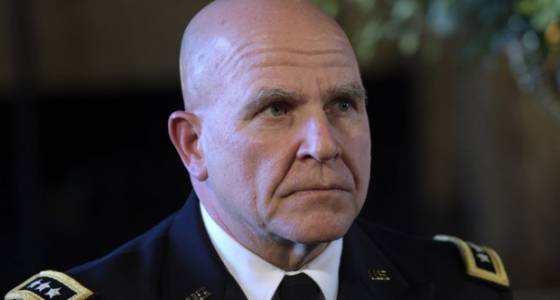 NEW YORK (AP) -- Here's a way to reach the top of the best-seller lists: Become the next national security adviser. Lt. Gen. H.R. McMaster's "Dereliction of Duty," first published in 1997, was No. 1 on Amazon.com as of Wednesday morning.

The book's popularity soared after McMaster was chosen Monday by President Donald Trump to replace Michael Flynn, who departed amid questions about contacts he had with the Russian ambassador. Harper Perennial, a paperback imprint of HarperCollins, told The Associated Press that it has ordered a new printing of 25,000 copies.

"Dereliction of Duty" is a highly regarded work about the failures of the Vietnam War that is sharply critical of both the military and political leadership.