Victorious Taliban put their focus on governing after the US withdrawal

After the American withdrawal from Afghanistan, the Taliban celebrated their victory and reiterated their promise Tuesday to bring security and peace to the country that had been ravaged by decades of war. In the meantime, their anxious citizens are waiting to see what this new order looks like. 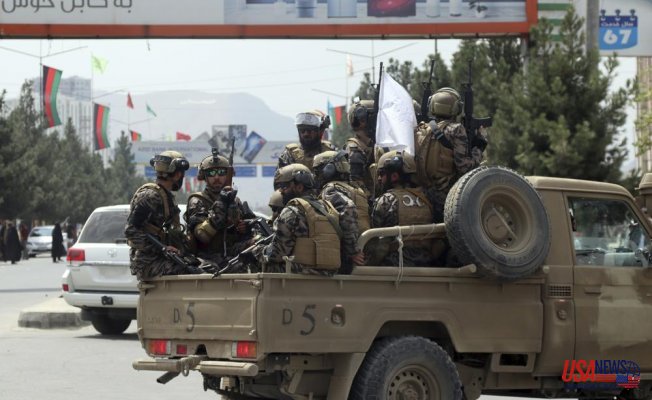 Having humbled the world's most powerful military, the Taliban now face the challenge of governing a nation of 38 million people that relies heavily on international aid, and imposing some form of Islamic rule on a population that is far more educated and cosmopolitan than it was when the group last governed Afghanistan in the late 1990s.

Thousands who had worked with the U.S. and its allies, as well as up to 200 Americans, remained in the country after the massive airlift ended with the last U.S. soldiers flying out of Kabul international airport just before midnight Monday. President Joe Biden defended his handling of the withdrawal, saying the U.S. government had reached out 19 times since March to encourage all American citizens in Afghanistan to leave.

Hekmatullah Waziq, a high ranking Taliban official, stated that Afghanistan is now free. Everything is peaceful. All things are safe

He encouraged people to get back to work, and reiterated the Taliban’s offer to amnesty all Afghans who have fought against them over the past 20 years. He said, "People need to be patient." Slowly, everything will return to normal. It will take some time.

People are crowding banks to max out their $200 daily withdrawal limit, a long-running economic crisis that has been worsened by the Taliban's quick takeover in August. The local currency is losing its value and civil servants haven’t been paid for months. The majority of Afghanistan's foreign reserves have been frozen and are currently held overseas.

Abdul Maqsood (a traffic officer stationed near the airport) said that "we keep coming to work, but we aren't getting paid." He claimed that he has not received his salary for four months.

The food supply is in serious danger due to severe drought. Thousands of people who fled the Taliban's lightning advance are still living in poverty.

Ramiz Alakbarov (the U.N. local humanitarian coordinator) stated that Afghanistan is at the edge of a humanitarian disaster. He stated that $1.3 billion was needed to aid efforts. However, only 39% have been received.

As the Taliban struggle to revive the economy, the West could use this leverage to push the Taliban to honor their pledge to allow free travel and to form an inclusive government. The Taliban state that they would like to establish good relations with other countries, such as the United States.