Devoid of hustle and bustle, these are ghostly airports. Cavernous arenas that are quiet and peaceful, where there is no need for crowds to roar. 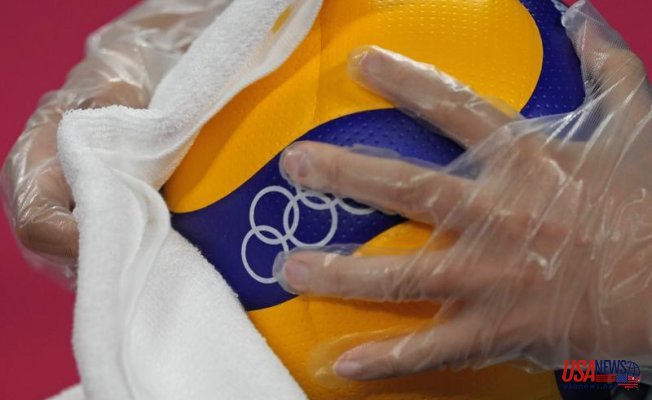 There are strict rules that are not strictly enforced and often ignored. Restrictions are often compared to Nazi Germany, and there have been many complaints about them. Fears that outsiders will cause superspreader incidents. A general feeling of unease about the state of life.

Is Asia still suffering from the coronavirus pandemic which has already ravaged the globe? Or the bizarre Olympic Games, which are set to take place in its midst. Actually, both.

Many times, the Olympics are billed enthusiastically and with a lot of self-interest as a small slice of the 21st century world in miniature. It is humanity's best. The entire thing feels like an industrial-strength film reel of the last 18 months, except for those weeks in Tokyo.

The Games are like many Olympics. They reflect the world they are being held in. It's a microcosm, with all the challenges and fears, all the irritations, and all of it all, crammed into one metropolitan area in a short time of history, watched carefully by a COVID-wearied civilization.

Thomas Bach, President of the International Olympic Committee, stated that the Olympic movement lives in the middle society and is not in a peaceful world. "We live in a fragile world and we must react to it."

For anyone who has watched the pandemic unfold around the globe over the past 18 months, and who among us hasn’t? The similarities between Pandemic Olympics (and the fragile world at large) are numerous.

These are some of the most common traits we have seen recently:

As they attempt to prove their points more strongly, people talk past one another. Information that is not trustworthy propagates and spreads. Unexpected positive results that are unexpected and unexpected can upend even the best-laid plans. Inequalities in vaccine access and distribution. Instead of attracting thousands of people to sporting events, they are filled with empty seats and silence.

Did we mention that there are no high-fives, as is the demand for signs at Tokyo's Narita International Airport?

This microcosm of a pandemic is happening despite the fact that many parts of Asia are being shut down by virus spikes. Your level of cynicism will determine which reason you choose.

The IOC's idealistic narrative, which is often cited as a reason for the IOC's continued support, can be argued to be valid. It states that the IOC's constant promotion of the idealistic storyline, which reads something like this: Even in a benign year, the gathering disparate nations with their paragons and examples of excellence is an essential tonic for a complicated, conflicted, fragmented world. Even more so during a pandemic. Perhaps even more.