Her son was killed in a choke game. Now she is determined to save the lives of other children

After the death of her 12-year-old son Erik in 2010, Judy Rogg founded Erik's Cause. 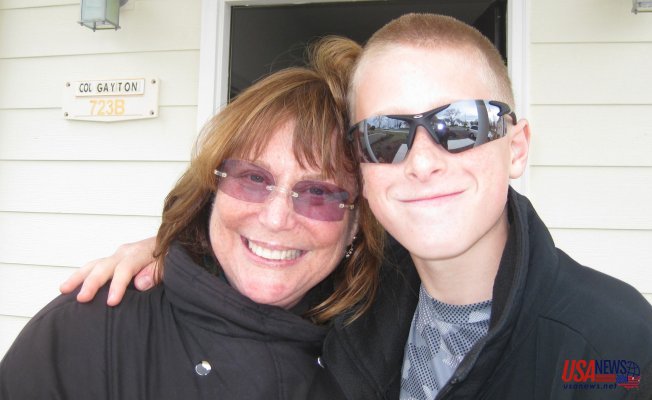 A mother who raises awareness about a serious problem - perhaps popularized by social networking - has dedicated her entire life to making sure that another parent doesn't experience the same pain as she did ten years ago.

Erik Robinson was a Boy Scout, who enjoyed Little League and played on a Boy Scout team. Judy Rogg of Santa Monica, California said that the 12-year-old had already expressed military ambitions and was in talks to get admitted to West Point.

Rogg stated that Erik was energetic, active, smart, and perceptive. "He was a good man. He understood his responsibilities.

Rogg stated that her son was independent and not a people-pleaser. He also had a very judicious approach to choosing his friends.

She said, "He wasn't one to be bullied." He was not one to be forced to do things he didn’t want to.

Rogg stated that Erik returned home on April 20, 2010 and began his homework.

Erik left his workplace shortly after to play what is known as a "choking" game, among other terms. According to Erik's mother, Erik used a rope that was tied to a pull-up rod in the doorway between his living room and dining room.

Rogg stated that Erik was unresponsive when she saw him and she took him to the hospital. He spent 24 hours on life support until Rogg and his father made the difficult choice to disconnect him.

Rogg's mother was told by police that her son died from the "choking" game. This is where cerebral blood flow is restricted to the point that the brain almost or actually stops functioning. It can be done for curiosity, competition, or to feel altered.

Rogg has since founded the organization Erik's Cause, which aims to bring awareness of deadly "pass-out activities," such as the "choking game" into the national spotlight "so parents and children understand its true dangers and lives can be saved."