After the Arizona Supreme Court rejected the claim that a state law that extended victims' rights to sue had been unconstitutional, Arizona victims of child sex abuse can now pursue lawsuits against Boy Scouts of America.

Arizona is one of many states to have responded to child sex abuse in recent years by allowing victims even of decades-old abusers to sue those who didn't protect them against predators. This has resulted in lawsuits against the Roman Catholic Church and Scouts, as well as other organizations.

Last week, the high court rejected Big Brothers Big Sisters of America's appeals against lower court rulings that had found that a 2019 law to extend the statute of limitations was valid.

According to Robert Pastor, a Phoenix attorney representing victims in the two cases that the high court considered, the rulings seem to be the first to address whether Arizona law is legally binding.

These lawsuits claim that the group that links youth with adult mentors called "Bigs" failed to properly supervise the Bigs. Court filings reveal that the cases were about two men who assaulted boys in 1983 and 1970, respectively. They are not accused.

Child USA is a national group which advocates for "revival" laws, which allow cases from the past to be brought to court. The high court was asked to keep the court's rulings. It pointed out that Arizona was one of more than 30 states to have passed legislation allowing for such lawsuits since 2002, the majority in recent years.

The group filed that a ruling against the law's revival window would have adverse ramifications to all child sexual abuse survivors in Arizona, who embrace the window to seek long overdue justice.

In 2020, the Utah Supreme Court tossed out the revival law. However, other states have upheld them , including Connecticut's Supreme Court in 2015. in a case that involved a Roman Catholic priest.

In rulings last year, the judges stated that courts have held for a long time that legislatures can change a statute of limitations to allow non-criminal claims.

The lawsuits were temporarily halted while the group appealed. However, they can now proceed.

Dvon Williams, a spokesperson for Big Brothers Big Sisters of America, stated that the organization does not comment on litigation. Marie Logan, the CEO of the Southern Arizona Chapter, declined to comment on these suits. Calls and emails to Phoenix affiliate were not immediately returned.

Arizona's 2019 law gave victims of child sex abuse who were older than 18 an additional window to sue. This was in addition to the two-year statute that had been in place. The window ended at the end 2020. This allowed victims who were younger than 18 to file lawsuits for a longer period of time, allowing them to file suits up to the age of 30.

The lawmaker who introduced the law stated that he was happy with the court's decisions.

"I never had any concerns about it not being constitutional," stated Republican state Senator Paul Boyer. His insistence on the law held up the state budget for 2019. "I would have preferred the window to be open longer, and I would love to see it higher than age 30 but it was a compromise."

Pastor, an attorney representing the unidentified men who are suing their Bigs for abuse, said that he will now be able find out what Big Brothers Big Sisters knew regarding child predators who he claims used their organization to victimize and groom children.

He stated that Big Brothers Big Sisters provides vital support for children but must be careful to prevent predators from using them as victims.

Pastor stated, "What we know as litigators advocating survivors is that perpetrators seek out volunteer opportunities within these organizations because perpetrators have access to children."

He said that in addition to the Big Brothers Big Sisters cases, Arizona has filed lawsuits against the Boy Scouts of America and the Roman Catholic Church. 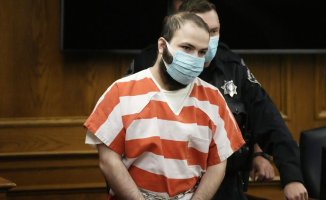 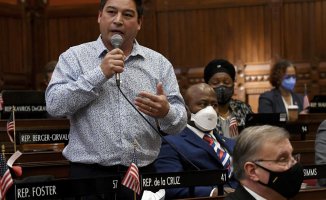 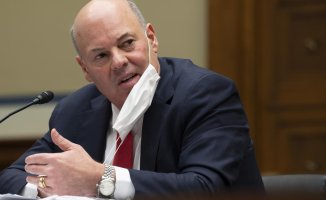