Famagusta 16°
scattered clouds
BUSINESS EDUCATION ENTERTAINMENT HEALTH POLITICS SCIENCE SPORTS TECHNOLOGY
10:22 Four Benefits of Hiring a Dedicated Development Team
04:48 Mark Kelly, President of Safety Marking Inc., Discusses Structuring Effective...
17:58 Trump wants to play golf at the Biden swearing-in in Scotland - but is...
17:54 First doubts Regarding tightened Steps: two National Countries Extract...
10:39 Covid-19 : in France, the end of containment and entry into force of the...
04:34 The schools of Rome will use the Internet with light bulbs: what it is...
10:58 Kratom Tea: How Is It?
11:46 Office Furniture Products for you!
12:17 Top Clubs, Their Value, Revenue And Current Standings
11:14 Reasons Why Rewarding Yourself is a Good Practice
BIST
1524
GOLD
439.146
USD
7.4448
GPB
10.1602
EUR
9.0064

In spite of those trying to isolate Turkey 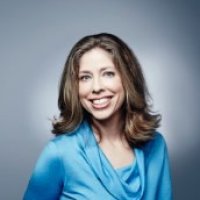 Yesterday the dollar/TL parity was 3.5883 at 6 p.m. The total value of the companies that publicly traded in the Istanbul Stock Exchange, which is on a rise, reached a record high at 718 billion TL.

I asked a few experts in the “No” front, “How is this possible?” They immediately said, “ It is certain that Marine Le Pen won't be winning in the French elections. That is why this has happened.”

Those who have been waiting “for Turkey to go bankrupt this spring,” obviously won't be saying, “The referendum is over, stability has taken over. Therefore the dollar is stabilized. And the stock market is on the rise.”

If the president was to walk over the Istanbul Bosphorus, it is clear that they would criticize saying, “Of course he has to walk, he doesn't even know how to swim.”

By the way, the West's salvos, who work in sync with our local ones, continue to do their part too. There is nothing to be surprised about.

Their sources are evident. Below is a passage from a related article:

It has come about that the Fetullahist Terror Organization (FETÖ) has founded a new lobby company called “Washington Strategy Group Inc.” to continue its relations with the U.S. Congress. According to the Congress' records, it is remarkable that the four figures who are shown as the company's lobbyists are the directors of one of the most important umbrella organizations (TAA).

They are not sitting idly by.

At about the same time the referendum results were being announced, the Foreign Policy magazine published a Turkey analysis titled, “Rest in Peace Turkey 1921-2017,” written by Steven A. Cook.

The author says the referendum result is not just about President Recep Tayyip Erdoğan's victory, but about modern Turkey closing its history page.

Cook, who says the referendum is more than increasing Erdoğan's powers, argues that those who voted “Yes” have opposed the Constitution and the modern Turkey founded by Mustafa Kemal Atatürk. Besides objecting to the referendum result achieved by the opposition, Cook argues that Erdoğan declared his victory and that the cleansing operations that started after July 15th, 2016 will continue further.

Philippe Moreau Defargesi, a so-called French scientist swiftly answered the Foreign Policy author in an anti-Erdoğan manner. Professor Defarges raged about Erdoğan on French TV and argued that he would be assassinated.

This is unbelievable. But because this is done by a “civilized” Frenchman, everyone, including our foreign intellectuals, just sat by and watched. Please take a look at this international disgrace: www.youtube.com/watch?v=FcAeOyaNiq4

Our president did not obviously just sit there. According to the information received from the prosecution, the Ankara Chief Public Prosecutor's Office started an investigation in to Defarges following the news on media and action taken by Hüseyin Aydın, President Erdoğan's lawyer.

It would be good to make some reminders about the issue: A researcher at the French Institute of International Relations (IFRI), Defarges, spoke on the program, “7 days in the world,” aired by French news and economy channel, BFM Business. He said the legal ways to object to the April 16th referendum results were closed, adding that any objections would be overlooked and Turkey was in a deadlock, “Then the only thing left to do is either a civil war or, this is hard to say, but to assassinate him [Erdoğan].”

Defarges later realized the trouble he got himself into and apparently apologized, “During the discussion on the issue in Turkey I made some statements which went beyond purpose and were misunderstood.” He further added, “I am terribly sorry. I apologize to all the people and groups I have offended in saying so.”

International legal experts say that this apology is not enough to get Defarges off the hook.

While the savage attacks continue to be carried out by those “indoctrinated” by radicals and FETÖ even though their numbers have dropped, Turkey has started a spectacular international relations attack.

The presidents from India, Russia, China and U.S. are scheduled to visit in May, and indicate that Turkey is ready to display a different foreign policy and economic relations strategy that will h