Results published Wednesday show that a drug originally developed to treat cancer patients may be able to significantly reduce the death rate for COVID-19 patients in high-risk hospitals. 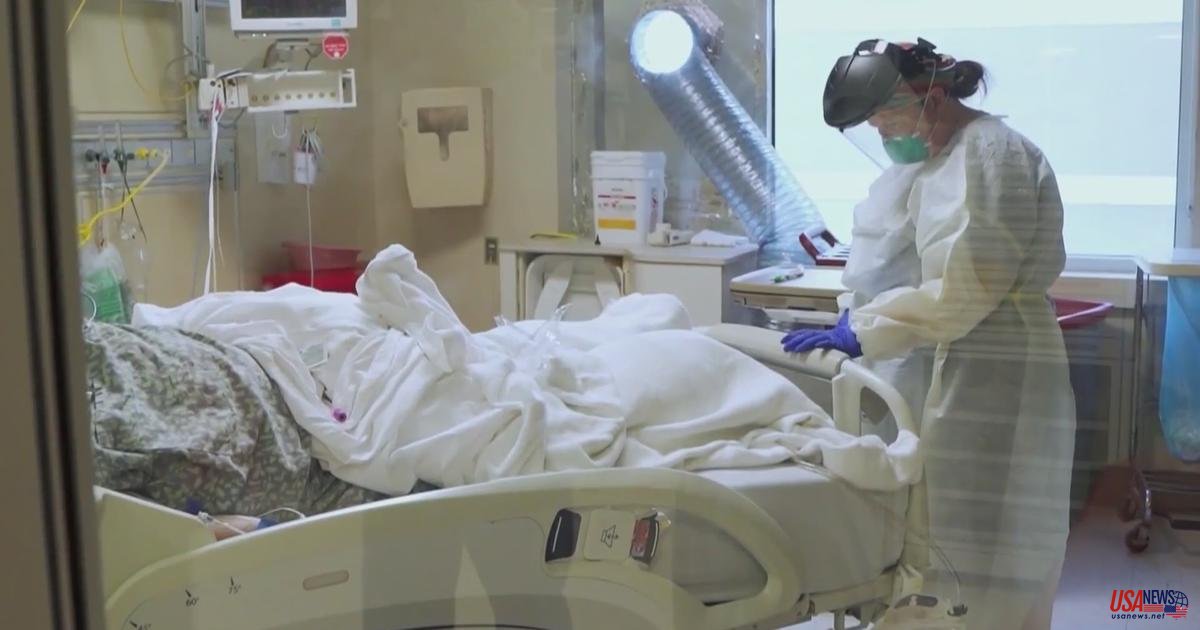 Results published Wednesday show that a drug originally developed to treat cancer patients may be able to significantly reduce the death rate for COVID-19 patients in high-risk hospitals.

Veru, a drugmaker, first reported the findings about the drug, sabizabulin. Veru submitted an emergency authorization request last month. If the Food and Drug Administration approves, it could be added to the list of drugs doctors use to treat hospitalized patients.

"We have been fighting this pandemic for over two-and-a half years and we still need an effective treatment such as sabizabulin, to significantly reduce the deaths in hospitalized COVID-19 victims," Dr. Alan Skolnick (the study's principal investigator) stated in Veru's release announcing the publication of the results in the journal NEJM Evidence.

Veru provided the drug to 130 patients who were hospitalized with an underlying condition, such as a compromised immune system or 65+.

The study found that 45% of the placebo recipients who received standard of care treatment without sabizabulin died. Comparatively, 20% of patients who received Veru's capsules in addition to their usual prescribed medication died.

Veru stated that this "overwhelming efficacy", which appears to reduce the risk of death in these high-risk patients, prompted them to discontinue their trial and request FDA authorization. Veru said the FDA had provided sufficient safety and efficacy data for the request.

Sabizabulin's benefits seem to be greater than the lower mortality rates seen in trials of other commonly used treatments for COVID-19 patients who are being given supplemental oxygen like the antiviral Remdesivir or the steroid Dexamethasone.

Veru's small clinical trial was not as large as many other studies that tested the drug in larger numbers of patients. Also, the death rate in the placebo group is higher than in other trials. This can lead to exaggerating the effectiveness of sabizabulin.

Other COVID-19 treatment options, such as Merck's Lagevrio or Pfizer, are not authorized to treat patients before they reach the hospital.

Veru claims it has already "scaled-up manufacturing" of the drug to be able to make enough capsules to meet demand, if the drug is approved.

Veru's trial patients took the 9 mg pill one per day until they were discharged.

Researchers at the University of Tennessee discovered the drug a decade ago. It was initially studied to treat breast and prostate cancer.

Veru believes that sabizabulin may also be used to stop the spread of SARS CoV-2 within the body.

Veru's findings, which covered the Delta and Omicron variants through January 2022, are coming as the U.S. faces yet another wave COVID-19 hospitalizations due to new subvariants.

Omicron's BA.4- and BA.5 sublineages, which seem to spread faster than other strains and are more resistant to immune defenses than others, now account for over 7 in 10 new infections in America.

Many regions reported a renewed acceleration in the rate of new COVID-19 hospitalizations before the Fourth of July holiday weekend. After a slowdown for several months, the pace at which COVID-19 new deaths occurred has remained steady for months. It averaged around 300 per day from April to April.

"We are not at the fulminant stage we were at several month ago, when we were experiencing 800-900,000 infections per day and 3,000 deaths each day, but that doesn’t mean it’s good now," Dr. Anthony Fauci told "3AW Drive", the Australian talk-show host, this week.