An analysis published Monday showed that Lyme disease may have affected more than 14 percent of the global population. 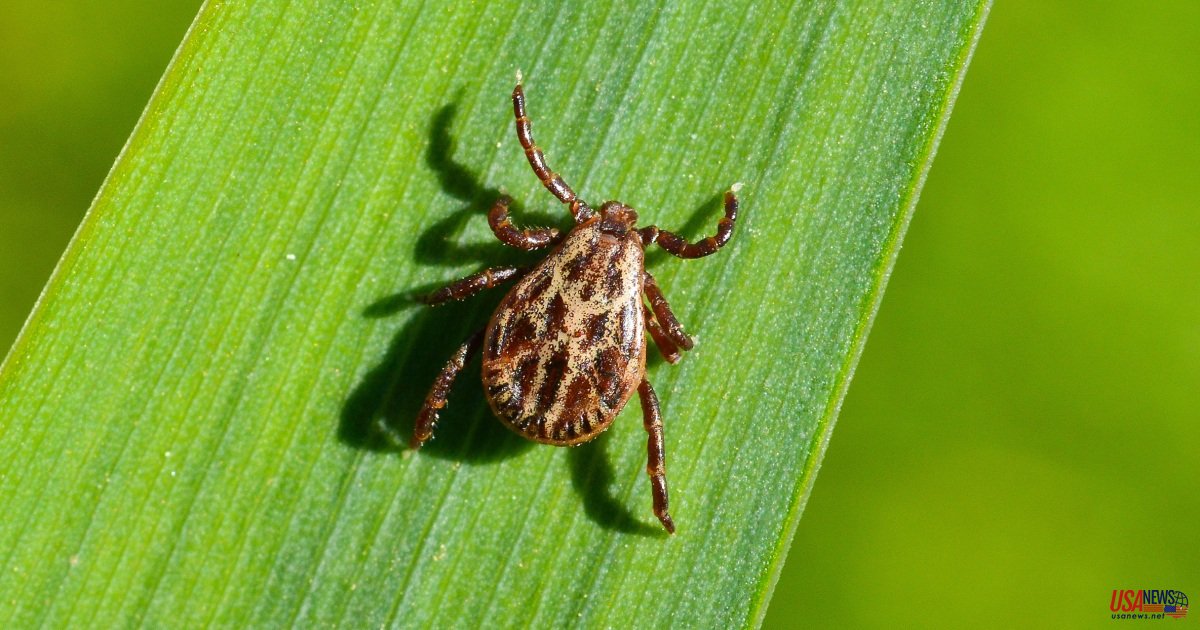 An analysis published Monday showed that Lyme disease may have affected more than 14 percent of the global population.

This research was based on nearly 90 studies. This research provides a unique picture of the extent to which tick-borne diseases are common.

Dr. Peter Krause (a Yale School of Public Health senior researcher scientist) said that this was the first global seroprevalence study. He was not involved in the new study. Seroprevalence is the measurement of antibodies within blood.

The researchers used studies to determine how common Lyme disease-causing antibodies Borrelia Burgdorferi are among humans. Around 23,000 people had antibodies out of the 158,000 who participated in those studies. This suggests that they are currently infected with the bacteria Borrelia burgdorferi or have been in the past.

Lyme disease, which is transmitted by ticks, is the most prevalent tick-borne disease in North America and Europe. However, it is not widely spread around the world.

According to the new study, 21 percent of Lyme disease sufferers in Central Europe were found to be living with Lyme disease. This compares to 9 percent in North America. Krause's research also found similar results. In 2018, 11 percent of New Englanders tested positive for Borrelia burgdorferi antibodies. The Northeast and the upper Midwest are where Lyme disease is most prevalent in the United States.

Participants came from Asia, Australia and the Caribbean. The analysis also included North and South American participants. At just 2 percent, the Caribbean had the lowest Lyme disease prevalence. This is expected given the fact that the Caribbean is largely made up of islands.

Krause stated that there are places where the disease is not present.

According to the Centers for Disease Control and Prevention, Lyme disease cases in the United States rose by 44% between 1999 and 2019.

New analysis provides some explanations for this trend. Warm, humid climates are preferred by deer ticks which transmit Lyme disease to people. Global warming has led to longer summers than ever before and shorter winters. This is allowing ticks to spread more widely and become more common. Ticks live in forested areas that humans are also increasingly encroaching on.

Krause also stated that ticks have more options to reproduce and feed due to the increase in deer population.

He said, "Wherever there are deer, the number ticks explodes."

According to the CDC, around 70-80% of Lyme disease patients develop a bull's eye rash at the spot where the tick bite occurred. It usually develops between three and 30 days after the tick bite. It can grow up to 12 inches in size. Although it may feel warm to your touch, it doesn't usually itch or hurt.

Additional symptoms include fatigue, fever, headaches, fatigue, muscle or joint pains, and chills. These can also be present in people who have not had a tick bite. Krause stated that symptoms may not be present in all people.

In more severe cases, however, patients can experience severe headaches, neck stiffness and nerve pain, dizziness or heart palpitations, shortness or no breath, arthritis or sudden weakness or paralysis one side of their face within days or months following a bite.

Krause stated that there are many people who have experienced longer periods of fatigue, not feeling well, or brain fog. We don't fully understand it.

According to one study, antibodies to Borrelia Burgdorferi bacteria can persist for up to 16 months. Another study suggests that they may last as long as 10 to 20 years.

Krause stated that although 14 percent may sound high for those not familiar with Lyme disease but it was not surprising.

He said, "This isn't like, Oh my godsh, there are so many more diseases than we thought,'" These numbers are higher than I thought, but it isn't a new finding.

Avoiding tick bites is the best way to prevent them from happening. Krause advised that you avoid this environment and use insect repellant. Krause also suggested wearing long sleeves and long pants with tucked-in socks.

He said, "If you go in a wooded area you must do tick checks later."

Although people can seek antibiotics if they are bitten by a tick, Krause stated that this doesn't always cure the problem.

"What appears to be true, at least from what there is reasonable evidence, is that the Lyme organism can't be killed with antibiotics. However, it doesn't really break down very well. He said that it "sort of hangs around as a dead form."

He said, "We really do require a vaccine. This is probably the best way to get it under control.

In 1998, the Food and Drug Administration approved LYMErix as a vaccine that could prevent Lyme disease. Clinical trials proved it to be effective. GlaxoSmithKline was the one who developed the vaccine and pulled it from the market in 2002.

Krause stated that although it worked, the company stopped using it. It required three injections, and there were people who claimed it was causing arthritis.