BERLIN , -- As COVID-19 continues to rise in the country, the German military is making coronavirus vaccinations mandatory for troops. 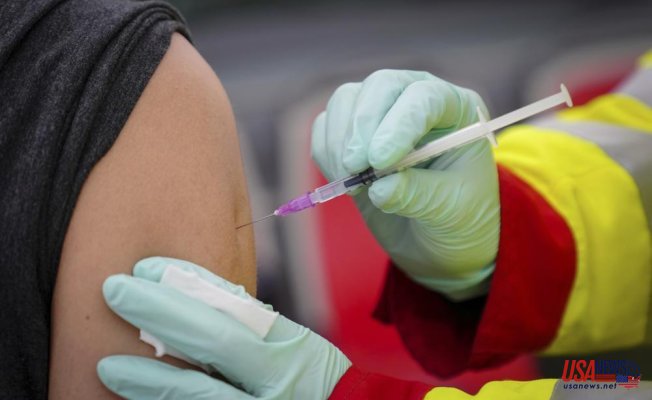 BERLIN , -- As COVID-19 continues to rise in the country, the German military is making coronavirus vaccinations mandatory for troops.

On Tuesday, the Defense Ministry confirmed that a report in German military blog Augen Geradeaus stated that soldiers' representatives and officials had agreed to include the coronavirus shot on the list of vaccines soldiers must receive. In a statement, the ministry stated that the measure must still be officially added to military regulations.

As of Monday, there were 1,215 COVID-19 active cases reported by the military and civilian staff.

According to Tuesday's announcement by the country's disease control agency, the national tally for newly confirmed cases increased by 45,326 over the last 24 hours. COVID-19 also caused 309 deaths, bringing the death toll to 99,433.

The U.S. State Department advised Americans Monday not to travel to Germany due to rising cases and to make sure they have been fully vaccinated.

In recent days, some German states tightened the rules regarding unvaccinated persons and encouraged those who haven’t yet vaccinated to do so.

However, a significant minority have resisted the calls for vaccinations. issued a clear warning by the country's health minister regarding the possible consequences of not being vaccinated.

Health minister Jens Spahn stated Monday that "by the end of this winter almost everyone in Germany (...) has been vaccinated or recovered from their illness"

A little over 68% of Germany’s 83 million inhabitants have been fully vaccinated. This is far lower than the 75% threshold that the government seeks.