Disease control chief: “All of Germany is one big outbreak”

BERLIN, Germany declared Friday that it has entered a "nationwide emergency" due to rising coronavirus infections. 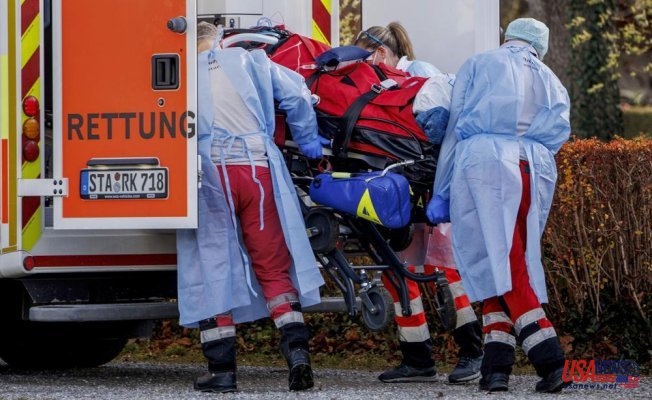 BERLIN, Germany declared Friday that it has entered a "nationwide emergency" due to rising coronavirus infections.

Lothar Wieler is the Robert Koch Institute's head. He stated that regular medical care can no longer be guaranteed in certain parts of the country due to overstretching hospitals and intensive care units.

According to daily Bild, the German air force confirmed that it was ready to assist in the transfer of patients to free clinics.

Wieler stated to reporters in Berlin that "all of Germany is one large outbreak." "This is a national emergency. We must apply the emergency brake."

He demanded urgent additional measures to combat the increase in COVID-19-related cases. The number reached 50,000 for the third consecutive day. Robert Koch Institute reported another 201 deaths, bringing the total to 98.739 since the outbreak began.

Wieler's remarks were made as the upper house approved new measures to combat the outbreak that had been proposed by the center left alliance, which emerged following the Sept. 26th national election. These measures will be in effect Wednesday. They require people to show proof that they have been vaccinated or that they have had a recent COVID-19 recovery or that they have tested negative for the disease to be able to access public transport or shared workspaces. Employees will have to work remotely whenever possible.

Separately, Angela Merkel, the outgoing Chancellor of Germany, agreed to a new threshold that linked to the number hospital admissions for COVID-19 patients per 100,000 persons over a seven-day period. Some states also consider mandatory vaccinations for certain professional groups, such as nurses and medical staff.

Austria, a neighbor, has also been affected by an increase in cases. It announced that it would provide a nationwide lockdown for vaccinated persons starting Monday and mandate vaccinations starting February.

These measures are not being discussed at the moment in Germany where the Merkel government and the three party alliance that hopes to replace it are at odds about how to deal with the pandemic.

He said that "in the short term, we won't be able to stop the wave (of infection) with vaccines and booster shots alone," at a joint press conference with Wieler. Wieler urged Germans to limit the spread by decreasing their social contacts.

Bavaria, the southern state, announced Friday that it will cancel all Christmas markets and close bars and clubs for three consecutive weeks.

Markus Soeder, Bavarian governor, stated that regions with over 1,000 weekly cases per 100,000 residents would be subject to even more restrictions, including the closing of all restaurants and sports venues.