According to an investigation by the Centers for Disease Control and Prevention, ice cream products made at Big Olaf Creamery, Sarasota in Florida are likely to be responsible for multistate listeria epidemics. 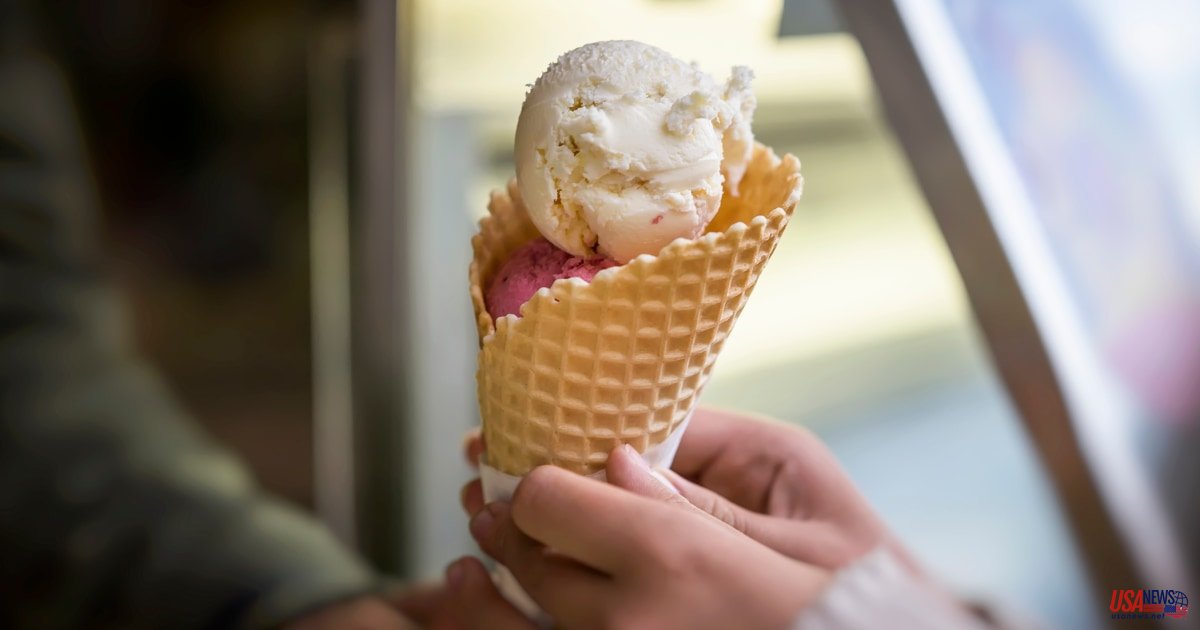 According to an investigation by the Centers for Disease Control and Prevention, ice cream products made at Big Olaf Creamery, Sarasota in Florida are likely to be responsible for multistate listeria epidemics.

According to the CDC, one person has died and 22 have been admitted since January 2021 when the outbreak began. Twelve of the cases were reported from Florida. Eight others were among those who traveled to Florida within the month prior to getting sick.

Listeria monocytogenes is a bacteria that can infect people through contaminated food. Although it's rare, serious infections can be caused by this bacteria. According to the CDC, nearly 95% of those with listeriosis (the disease caused by the bacteria) need hospitalization. The death rate for the disease is approximately 20%.

The greatest threat is to pregnant women, infants, seniors 65 and older, as well as people with weak immune systems.

"Listeria outbreaks can be very serious and we should be concerned because of the severe consequences. Although we don't have many cases, we have some that are serious," Keith Schneider, a professor of food safety at the University of Florida.

The CDC stated that at least 14 of the people affected by the latest outbreak ate ice cream within the month prior to their illness. Six people claimed they had eaten Big Olaf Creamery ice-cream or ice cream from other locations that might have sold the brand.

Big Olaf products can only be sold in Florida. According to the CDC, Big Olaf began telling retailers not to sell its ice-cream on Friday. Big Olaf didn't respond to NBC News' requests to comment but it did say in a statement to Associated Press that there is no confirmed link between its icecream and the listeria outbreak.

The company stated that it was cooperating with federal and state health officials.

The statement stated that "We have been transparent" and had answered all of their questions.

Mary Billman, a resident of Illinois, filed a lawsuit against Big Olaf on Tuesday alleging that her January death was caused by contaminated ice-cream.

According to the CDC, people should throw out Big Olaf products. If they experience symptoms like diarrhea or fever, contact their doctor immediately.

Schneider stated that listeria can live for long periods in cold and damp environments.

The CDC linked a multistate outbreak of listeria to Blue Bell Creameries products in 2015. Ten people were admitted to hospital, and three of them succumbed. Blue Bell was ordered by a Texas federal court to pay $17.25 Million in criminal penalties in 2020.

Other listeria outbreaks were linked to frozen vegetables, canned salads, and cantaloupes. Schneider stated that most listeria outbreaks are caused by bacteria found in soil, water, or vegetation being introduced to food processing or manufacturing facilities.

He said, "It could be on someone's shoe walking into the parking lot." "It's one of those situations where almost anyone or any business could be vulnerable."

He said that the Blue Bell outbreak was caused by a droplet of contaminated liquid from condensation onto the line.

He said that listeria is most commonly found in areas where sanitation is broken down or it becomes established on a piece or equipment. The equipment isn’t cleaned to a high standard, which can lead to contamination of food products.

"What protects the listeria is the moisture in that icecream, and the fat content of the ice cream. Schneider stated that if it reaches this level, it won't survive for long periods of time. You might decide to wipe it all down out of excess caution.

Listeria is a disease that affects approximately 1,600 Americans each year. It is far less common than other food-borne diseases. The country has 1.35 million salmonella-related infections annually.

Schneider stated that despite the fact that it isn't very common, it's one we worry about most when it comes to processed foods.

Listeria may cause muscle pains, nausea, vomiting and joint pain.

The most common symptoms in pregnant women who are infected with Listeriosis include fever, vomiting, and diarrhea. Listeriais can lead to dangerous complications in pregnancy, such as stillbirths, miscarriages and premature births. Mothers who have been infected can pass on the disease to their children, including meningitis, pneumonia, and blood infections.

Schneider stated that in some cases of listeriosis, symptoms can be seen within 24 to 72 hours. However, symptoms may not develop until the bacteria spreads beyond the gut.

Listeria can hide in white blood cells if it is an invasive form. Schneider described it as "insidious".

He said that infection severity doesn't always correlate with how much contaminated food someone has eaten.