Yeezy Season is in full swing! Kanye West and Adidas announced the release of two Yeezy Boost 350 V2 colorways in February and it looks like another is on the way this spring.Yeezy Mafia, the sneaker source credited with leaking the first images of the Yeezy... 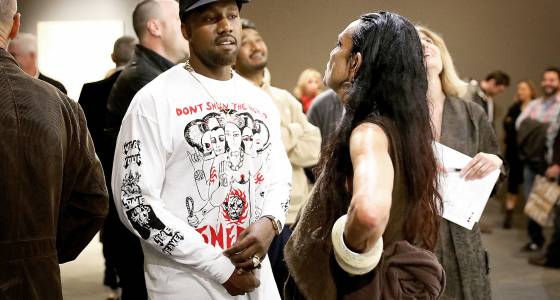 Yeezy Season is in full swing! Kanye West and Adidas announced the release of two Yeezy Boost 350 V2 colorways in February and it looks like another is on the way this spring.

Yeezy Mafia, the sneaker source credited with leaking the first images of the Yeezy Boost 350 V2 “Zebra” ahead of their Feb. 25 release, has obtained photos of what appears to be the latest Yeezy Boost iteration. The sneaker features a white sole and body. The signature “SPLY-350” branding has been removed along with the dots along the heel tab. Yeezy Mafia reports that this colorway is called “cream white” and is releasing in April, though Adidas has yet to confirm either claim.

While sneakerheads await further confirmation from the retailer, others are bracing for the release of the Yeezy Boost 350 V2 “Zebra.” The sneaker is set to release on Saturday and will be the most rare of any shoe in the collection. Just four Adidas locations and a handful of boutiques will be carrying the shoes. Get more information HERE.

Repeated sneaker releases aren’t the only thing on West’s mind as of late. The rapper is expanding his empire in a major way. On Thursday, reports began circulating claiming West plans to release a makeup line under his preexisting brand DONDA. TMZ suggested that West filed the legal paperwork necessary to sell branded makeup, lotions, perfumes and other cosmetics.

This venture is not entirely unexpected. The rapper tweeted a photo of a DONDA business chart from 2012 last year, which included plans to get into holograms, hovercrafts, healthy fast food, summer school, solar power and more. West reminded haters that they “laughed at” his idea when he first presented it. Looks like he may just get the last laugh!

The Kardashians, many of whom are involved in one way or another with the cosmetics business, have not commented on West’s latest business venture. If he does decide to dabble in cosmetics, this will mark the second time he and the youngest of the Kardashian-Jenner family, Kylie Jenner, have gone head-to-head in business. The first instance of this occurred in February 2016 when West was surprised with the news of Kylie’s deal with Puma.