CaptionCloseNASHVILLE, Tenn. (AP) — The late country star Merle Haggard will be honored a year after his death with an all-star concert featuring his longtime friend and duet partner Willie Nelson as well as Kenny Chesney, Miranda Lambert, John Mellencamp... 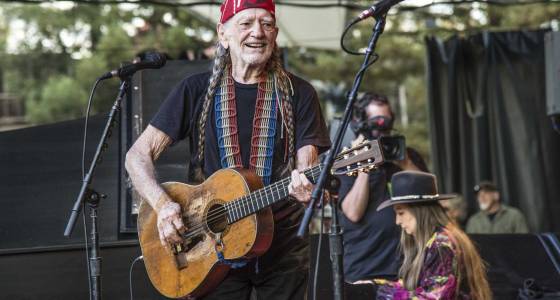 NASHVILLE, Tenn. (AP) — The late country star Merle Haggard will be honored a year after his death with an all-star concert featuring his longtime friend and duet partner Willie Nelson as well as Kenny Chesney, Miranda Lambert, John Mellencamp and more.

"Sing Me Back Home: The Music of Merle Haggard" will be held in Nashville's Bridgestone Arena on April 6, which would have been the songwriter's 80th birthday.

Keith Wortman, CEO of Blackbird Presents, which has produced tributes to John Lennon, Kris Kristofferson and Gregg Allman, said Nelson originally came up with the idea for a tribute concert and Haggard's wife, Theresa, and his son, Ben, helped select the artists to be included. Haggard and Nelson recorded several albums together, including "Pancho & Lefty," and Haggard's last released album, "Django and Jimmie," in 2015.

Haggard died April 6 on his 79th birthday after a career spanning five decades and dozens of iconic hits, including "Okie from Muskogee," ''Mama Tried," ''Hungry Eyes," ''Today I Started Loving You Again" and such blue collar chronicles as "If We Make It Through December" and "Workin' Man Blues."