Will 'La La' have another day of sun at Sunday's Oscars?

CaptionCloseLOS ANGELES (AP) — Will the 89th Academy Awards be a parade of political speeches or landslide for "La La Land"? Probably both.Sunday night's Oscars are shaping up to be one of the most turbulent and politically charged ceremonies in... 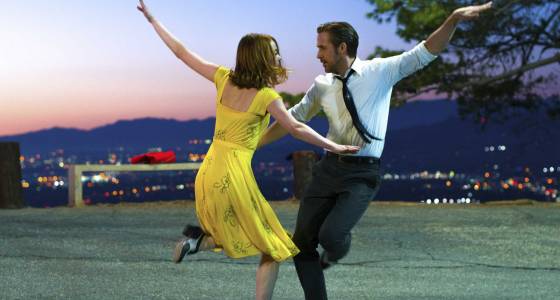 LOS ANGELES (AP) — Will the 89th Academy Awards be a parade of political speeches or landslide for "La La Land"? Probably both.

Sunday night's Oscars are shaping up to be one of the most turbulent and politically charged ceremonies in recent memory. The telecast, which begins at 8:30 p.m. on ABC, is expected to resemble one very glitzy protest against President Donald Trump, whom award-winners — like Meryl Streep at the Golden Globes — have railed against throughout Hollywood's awards season.

An unusually tense atmosphere has coalesced before the Dolby Theatre ceremony, with protests, rallies and boycotts swirling around this year's Oscars. Even the normally sunny California weather has been stormy.

Yet most expect another day of sun for Damien Chazelle's celebrated musical "La La Land," up for a record-tying 14 nominations.